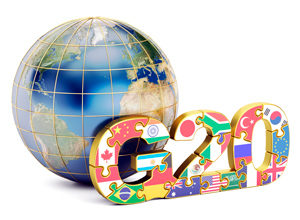 The downward trend of the pair at the end of the week was mainly due to the fact that the markets played back the confidence of Fed members in raising the key rate in the US. This became known from the publication of the FOMC protocol on Thursday. Traders were also waiting for the meeting of the heads of China and the United States at the summit in Argentina, using the dollar as a protective asset. The euro also reacts negatively to the probability of imposing tariffs of 25% on all cars imported in the United States.

The situation with the Italian budget will continue to have a negative impact on the couple's quotations on Monday. On December 3-4, the heads of finance ministries of the member states of the Eurozone will meet, at which they can vote for the introduction of disciplinary measures against Italy. This raises concerns of traders, especially against the background of the fact that Friday became aware of the possible recession of the Italian economy in the last quarter of 2018. Nevertheless, the Italian government is ready to consider reducing the target level of the state budget deficit for 2019 from 2.4% to 2.2%.

Friday's publication of the consumer price index in the Eurozone in November caused a negative dynamicfora for the euro, as the index fell to 2.0% with a forecast of 2.1%. The growth of basic inflation decreased to 1.0%. Unemployment statistics for October were also worse than expected – 8.1% against 8.0 in forecasts. Thus, for the third month the unemployment rate in the Eurozone has remained unchanged, despite the best efforts of governments to reduce their number. The euro was negatively affected by the German reporting of retail sales in October, the data showed a decline of 0.3% at the end of the month and an increase of 5.0% year-on-year, which was lower than forecasts.

From Monday's macroeconomic statistics, the most interesting is the index of business activity in the German manufacturing sector. The previous publication of the indicator of November 23 was a negative factor for the euro, today the data can lead to the continuation of the downtrend.

The reasons for the pullback were doubts about the ratification of the Brexit agreement, supported by political discussions, and the publication of the minutes of the last meeting of the Fed, which increased the market confidence in the strengthening of the dollar.

The decline in the BRITISH currency was halted by the release of nationwide's UK house price index of 1.9 per cent year-on-year, which was better than forecast by 0.2 per cent.

Today, the dynamics of the pair's quotations will be determined by the results of the G20 summit held last weekend in Argentina. It became known that at Sunday's meeting of the leaders of the United States and China it was decided not to impose new reciprocal trade duties after January 1, 2019. A White House statement issued later said the moratorium on higher tariffs would last 90 days, a period that would be used to negotiate between the two countries.

The U.S. intends to suspend further increases in duties on exports from China, and he in turn agreed to purchase U.S.-made agricultural and industrial products in very significant volumes. The progress that has been made could lead to a strengthening of the U.S. currency against the backdrop of favorable terms of the deal for Washington.

The news of the U.S. agreement with Canada and Mexico, which has become one of the largest trade deals, will have a positive impact on the dollar.

Today it is planned to publish data on business activity in the manufacturing sector of great Britain and the United States by the end of November. In the previous reporting period, this figure in the UK fell to March lows. And although this time analysts predict its growth, the market will still be wary of the release, playing back it by the depreciation of the pound. However, in the US, expectations of statistics are more negative. According to analysts, it is possible to reduce the index of business activity from the current 57.8 to 57.7, which gives the pound an advantage within the pair.

We believe that in today's trading the pound/dollar quotes will continue the downtrend in the moderate range to the support levels of 1.2730, 1.2715 and 1.2690.

The precious metal exchange rate fell again on Friday from 1,229 to $1,226 per troy ounce.

Similarly, the market played down the minutes of the November meeting of the FOMC, in which all members of the committee are in favor of an early increase in rates, which will contribute to the support of the dollar. Also on Friday, Fed spokesman John Williams said that a neutral rate is a problem for the regulator, especially against the background of low inflation.

Contrary to the 0.4% depreciation of the exchange rate last week against the background of further strengthening of the US dollar, the price growth of 0.3% remained in the monthly calculation. This is an increase in gold quotations for the second month in a row. At the same time, the precious metal recovered from the levels of two-week lows. The dollar index rose 0.4 percent to 97.16 by the end of the week.

At the G20 summit, which ended over the weekend, common ground was found in the trade standoff between the United States and China. This may contribute to the strengthening of the dollar and the weakening of the yuan, as in general the terms of the agreements play in favor of the U.S., which will provoke a decrease in traders' interest in more stable assets, in particular, to gold, and limit the potential for its growth.

The joint document at the summit also contained promises on job creation, intentions to influence the factors that provoke migration crises, as well as the reform of the World Trade Organization, as the United States insisted. But the statement does not condemn protectionist measures and very superficially mentions the importance of multilateral trade agreements.

Another contentious issue is the implementation of the Paris climate agreement and Washington's reservation about the decision to withdraw from it. Thus, the communique demonstrates the existence of serious contradictions between the world's largest economies, which can lead to global political instability, which will lead to long-term investor interest in gold Assets.

On Friday, WTI crude oil prices fell sharply from the level of 52.00 to 50.50 dollars per barrel.

Commodity futures in November showed a decline of 22%, which was the strongest monthly decline in a decade amid fears of a supply glut in the market. This pullback occurred after oil was at its highest level in 4 years in November.

The decline in commodity prices was slowed by the expectation of the outcome of the G20 summit. Traders hoped that trade negotiations would be a step towards the stability of the global economy, which stimulates the growth of demand for oil. They also expected that the issue of limiting oil production will be discussed at the summit before the OPEC meeting on December 5-7. The forecasts are very contradictory. Thus, investors estimate the probability of a slight reduction in production of 52%, and minor changes or their absence in 48%.

However, the summit did not resolve the oil issue. At the meeting of the heads of Russia and Saudi Arabia at the G20 summit, agreements were reached on the extension of the OPEC agreement on oil production control, while the issue of volumes remained open. This tells the market about the contradictions between the key players of raw materials production, which can be played in the direction of lower oil quotations.

The OPEC Economic Committee recommended a decrease in oil production by 1.3 million barrels per day compared to October volumes. But even with such a decision, fears of a slowdown in demand growth will still persist, putting pressure on prices.

Friday's release of data from Baker Hughes about the increase in the number of drilling rigs for oil to 887 against 885 may give impetus to the negative trend of raw materials at the beginning of the new week.

The cryptocurrency market declined on Friday and recovered over the weekend. Bitcoin was trading at an average of $4,200. Ethereum rose to $119 and XRP swung to 0.3748.

Analysts' forecasts regarding the price of Bitcoin are distributed as follows: 60% expect a further downtrend to the level of 3000 dollars, 30% believe that fluctuations in the range of 4000-4500 dollars are possible for it, and only 10% of experts make a bet that the current correction is a consequence of the actions of institutional investors, deliberately stimulating the decline of the market to buy cryptocurrencies at low prices and further reversal for trading at high values. The latest version is justified by the fact that given the protracted crisis in the digital asset market, traders began to buy out cryptocurrencies at a minimum. However, it is possible that this trend will not last long, as at the current stage speculators may soon start fixing profits, which may give impetus to a new wave of sales and subsequent decline of the crypto market.

The strategies of real sector companies interacting with the cryptocurrency industry are disappointing. Jensen Huang, chief executive of one of Nvidia's largest mining equipment manufacturers, recently said the company's assessment of the crypto market's potential was misunderstood and that its business was focusing on THE GPU to make payments using artificial intelligence and applications in driverless cars. This can be a negative signal for the market, especially for private investors.