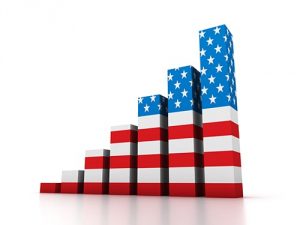 U.S. citizens in August increased their spending at the lowest pace in six months, increasing them against July by only 0.1%, the Commerce Department said. According to experts, the indicator was expected to grow by 0.3%. At the same time, income growth was more significant. This figure rose by 0.4% for the month with the economists predicting an increase of 0.5%. Experts' expectations about the rise of the PCE Core index by 0.1% in monthly terms were not justified, as this indicator has not changed. In annual terms, it rose by 1.4%. In the second quarter, according to official data, consumer spending increased by 4.6% for the year, marking the fastest pace in 4.5 years. Most Americans spent money on recreational goods and cars. Their expenses for services increased by 0.2% during the month. Growth in real disposable income was recorded at 0.1%, its pace slowed compared to the rise of 0.3% in the previous month. The savings rate was 8.1% in August, rising from the July level of 7.8%. Salaries and salaries increased by 0.6% during the month.