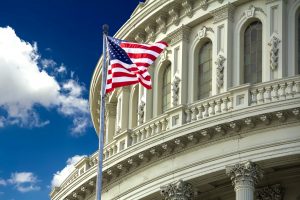 The quotations of the euro against the dollar are strengthening, yesterday their level reached 1.0960. As for the situation with the dollar, it is affected by low results in economic sectors: data on employment, falling activity of American production to a ten-year low.

ADP reports that 135,000 jobs were created last month, while expectations were high. These are disappointing results, as the labor sector in the United States has always been strong, which in difficult periods strengthened the entire economy. Published at the beginning of the week, the indicator of business activity of production also provoked low GDP figures from analysts for the future. Morgan Stanley lowered its forecast to 1.6%, and the consensus forecast gives more encouraging data: 1.75%. It is on these data that fresh quotes are based.

Today, the rate has risen to the highest point in the week, and analysts do not yet risk to assume a change in the trend. For example, experts from Credit Suisse talk about neutral indicators of quotations in the range of 1.0900 – 1.0980. If one of the limits reaches a critical point, we can talk about a change in the price direction.

On Monday, the quotes of the British currency strengthened to 1.2300. As long as the rate fluctuates in narrow boundaries, after the outcome of Brexit changes are possible.

The head of the British government has expressed his options for resolving the issue with the Irish side of the EU. Johnson is proposing a long-term exit from the Northern Ireland Customs Union and the creation of a duty-free zone there that will extend to all products and last for a long period. In a message to the representative of the European Union Jean-Claude Juncker Boris Johnson mentioned that the British government considers such a decision a compromise for both sides. And he insisted that if his proposal was rejected, the kingdom would leave the Eurozone at the end of the month without an agreement. The Irish prime minister said that this version does not quite follow the principles to which the backstop goes. EU representatives, in turn, carefully consider the proposals of the British side.

The quotations for the pound against the dollar reached 1.2330, trying to break the index to no avail. If the EU accepts the version of Brexit from the prime minister, the quotes will overcome this level. Although, now analysts tend to give forecasts for decline to 1.2000.

Gold prices have been strengthening since falling to their lowest since August. Yesterday, the quotes reached 1499 dollars per ounce, with the trend of strengthening.

The market is on the decline due to disappointing data of the American economy. Negative information about business activity of production and labor sphere risk lowering rates from the Federal Reserve Bank.

If rates do fall, gold prices are forecast to range between $1,430 and $1,440 per ounce. Despite the dire economic data, washington continues to provide the opposite. But the decline in all indicators threatens to reach a record price of gold of 1550 dollars before the end of the year. To lower the level, you should wait for some political excess or a fall in stock markets, which is not so unlikely.

Oil prices are falling to their lowest level since August, reaching $52.40 per barrel. Such low prices are a consequence of the strengthening of U.S. oil production since the Saudis resumed exports.
The Energy Information Administration says oil deposits in the United States have risen by 3.1 million barrels, or 0.7 percent. That's twice as much as predicted. According to daily figures, Americans produce 12.4 million barrels, which is 100,000 barrels less than last week.

In the oil market, oil has fallen, compared with the pre-attacks on Saudi Arabia. After the attacks, daily production decreased by 5.7 million barrels, but this did not help to consolidate the price for a long period. So far, it is too early to talk about the rise – too many negative events that affect the market.

Low production performance has had a negative impact on the trade sector. Market players fear that the business activity of two industrial giants – America and China – has fallen. Analysts have little faith in the positive outcome of the meetings of the representatives of the two sides.

The recent collapse of the digital currency has had a negative impact on the volatility of the entire market. Bitcoin hit $8,250, Ethereum strengthened to $178 and XRP gained 25.00 cents. The market capital reached $220 billion.

There was a lot of information that caused fears among traders. For example, the Libra platform raises questions for those who are going to support the startup. For example, Mastercard, Visa and a number of other companies say that Representatives of Facebook do not seriously assess the impact of currency institutions. The project participants began to think about how their support would affect the reaction of regulators about their business. Large companies, which have expressed their positive attitude about Libra, want to change their position and not to speak openly in the future, because it may have its fruits for their activities.

The Chicago Stock Exchange announces the cancellation of its participation in the trading on staging futures. The trading platform makes transactions on Bitcoin futures in fiat, to options they are going to use the same principle. The head of the company says that he is not going to act like Bakkt – their closest opponent in the market.

AiG from Australia is preparing data on the activity of the services sector. Commonwealth Bank will also release a PMI in the service sector, product delivery indicators, and a cumulative market balance. We should expect Japanese indicators on investments in securities (both domestically and from foreign depositors). The NEW YORK-based COMPANY will present an index of commodity prices. Jakitoshi Funo of the Bank of Japan prepares a report.

Large EU countries and Russia will publish data from the services sector, namely on business activity. The EU also prepares retail sales figures and data from manufacturers on prices. A report from the representative of the British Bank Silvana Tenreiro is being prepared.

The U.S. side is going to release data from the unemployed on benefits, indicators from the ISM on business activity, as well as data from the field of production. The latest data on U.S. oil production from the Energy Information Administration is expected to be published. Fed board member Richard Clarida delivers a speech.