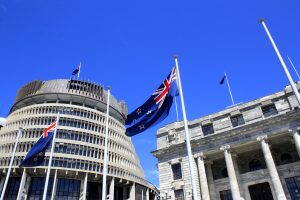 According to the head of the Australian Central Bank Philip Lowe, the country's economy will accelerate. But it will not happen in the short term. Philip Lowe also noted that the main source of uncertainty is the country's households. Taxes were returned to them this year, which increased household incomes by about 0.6%. It is expected that about half of these funds will be spent in the next few quarters. As for the long-term prospects of the Australian economy, they are supported by strong enough fundamental factors. Philip Lowe said the rate cut, which took place in June and July, was necessary to meet the targets. We are talking about approaching full employment and the target for inflation. He did not rule out decisions on further easing of monetary policy. Next week there will be another meeting of the Reserve Bank of Australia's Board of Directors to discuss the situation in the country's economy.