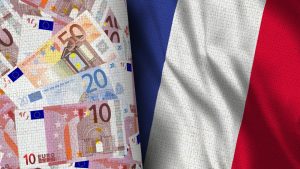 The French Central Bank confirmed the previously published forecast. According to his data, the country's economy will grow by 0.3% in the third quarter. Statistics showed that business sentiment in the French manufacturing sector deteriorated in September. The corresponding indicator fell to the level of 96 points. A month earlier, it was 99 points. The largest drop was recorded in the machinery and electronic equipment sectors. However, large manufacturing plants expect the situation to improve in October. The French services sector has also shown a drop in business confidence. The September index, which estimates it, fell to 99 points from 100 points in August. The construction sector of France in the reporting month showed a positive dynamics of the index of business confidence. It rose to 105 points, which is 1 point higher than the previous month. Companies from this sector of the French economy are expecting good results in October.