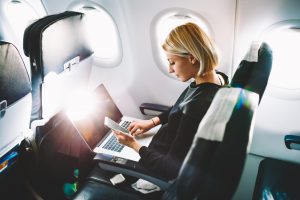 Data from the report, published by Boeing, show a 19-fold decrease in profits in the first three quarters of this year. The nine-month period of 2018 was completed with a net profit of $7 billion. This year' profit was only $374 million. Earnings per share fell from $11.95 to 66 cents. Boeing's revenue fell more than 19 percent to $58.6 billion. The results of the 3rd quarter showed a decrease in net profit by 2.3 times. Revenue decreased by 20%. Earnings per share nearly halved from $4.7 cent to $2.5 cent. The quarterly figures were slightly better than analysts' forecasts. The reason for such a weak report was the situation related to the 737 MAX liners. Two aircraft crashes in this model have led to the suspension of their operation. According to experts of the agency, the problem with the 737 MAX can have a negative impact not only on the reputation of the company, but also on its financial performance. The consequences can be time-consuming.