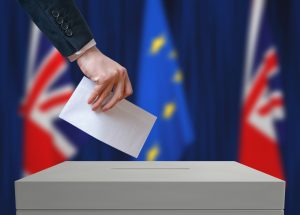 The start of this week will be an opportunity for British Prime Minister Boris Johnson to get a chance to strike a Brexit deal. He said he still expects the country to leave the European Union within an agreed deadline of October 31, despite a law passed by parliament requiring the prime minister to delay his exit until January 31, 2020, if he fails to to conclude a new agreement. Johnson hopes that the meeting with European Commission President Jean-Claude Juncker will help him achieve a renegotiation of the deal at the summit of EU leaders on October 17-18. He said the agreement should be in the interests of businesses and citizens of the UK and EU. The main reason for the disagreement between London and Brussels is the future of the border between Ireland and Northern Ireland. It is not yet known what Johnson is proposing to address the issue.