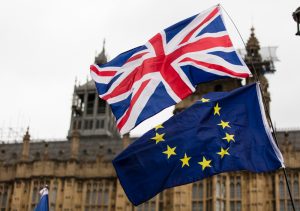 Lawyer Joe Maugham wrote on his Twitter account that by law Boris Johnson should apply to Brussels to postpone the Brexit date to January. Joe Maugham is part of a group that takes a tough stance on a possible country's exit from the EU without a deal. The members of this group believe that such a scenario should not be allowed. Last week they asked the court to explain the validity of the British prime minister's intentions to implement Brexit on October 31, even in the absence of an agreement with Brussels. He has made such a statement on several occasions in recent times. A few days ago, London submitted its proposals to the European Union to resolve the issue related to the Irish border. However, Brussels said they did not meet the existing requirements. The UK government declined to comment on the report by lawyer Joe Maugham. The media representatives were only told that there is no court decision yet.