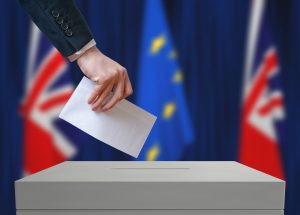 The exchange rate of the single currency against the dollar is at the rate of 1.1030. Yesterday's quotes fell to 1.1000, but soon resumed past trends.The Ger
man business sector last month reduced the figures, in contrast to the August data. Analysis of the economic situation in the European Union and Germany by experts showed the data lower than last month. With regard to Germany's economic growth next year, there is a downward trend of 1% (over the past period, analysts noted a decrease of 0.5%). This year there is a high probability of a global decline in the German economy, as well as a decline in technical volumes. According to the IMF, the conflict betwe
en the two giant countries (China and the United States) in the trade sector can reduce economic growth this year to the lowest levels of the crisis period. a decade ago. Forecasts are also expected to fall to an even lower level if the trade conflict does not start to move towards agreement. The International Monetary Fund is betting that the current level of the global economy will reach 3%. For example, in July the forecasts were 3.2%. The decline in forecasts was due to the fact that conflicts in the trade sector reached their peak by the end of the year. A set of these factors and the growing conflict could trigger a 0.8% drop in global GDP until next year. The global level of trade grew by 1% for the first quarter of this year, which is the lowest indicator for the last seven years.Our forecast f
or the euro-dollar exchange rate: the reduction of quotations to the indicators of 1.1015, 1.1000, 1.0970.

The value of the pound is starting to rise due to new information about the likely positive resolution of Brexit. Yesterday, the quotes of the British currency against the dollar rose to a new maximum of 1.2775. Also this week is possible increased volatility of the British currency.
According to recent information, Britain and the EU are going to conclude new agreements, but their positive outcome depends on whether the Democratic Unionist Party will accept the consent side. The head of the Irish parliament Leo Varadkar notes that the new version of the agreement has every chance of a positive outcome. The Prime Minister is not sure that an agreement will be reached until the next EU summit, which will be held on October 17. So far, versions of the Brexit resolution are different for both sides, although things may soon change. The Head of the Irish Government says that by the end of the day he expects new data from representatives of the EU. Earlier, Michel Barnier, the representative of the European side, stated that the British version is still crude.
Average wages in England fell to below forecasts last month to 3.8%. Consumer market inflation has fallen, and this could trigger new low rates. Gertjan Vlieghe, a member of the British Central Bank, suggested that in case of delay in resolving the Brexit situation, the intervention of the monetary regulator would be necessary. The rate will cut interest if it is necessary to ask for a new delay of Brexit. The exchange rate of the Currency of England at the same time will fall to a record level, having lost all positive trends.
Our forecast for the value of the pound against the dollar: strengthening to the indicators of 1.2800, 1.2820, 1.2850.

Yesterday, gold fell in price, reaching the figure of 1480 dollars per troy ounce. One of the main reasons was the possible soft version of Brexit, as well as the agreement between the EU and Britain
.Despite the fact that gold falls in price, analysts of the big banks say the value of precious metal will increase in the long term. Despite the possible favourable outcome of the Brexit agreement, experts continue to expect the global economy to be poor. Experts from Commerzbank state that the current level of the asset is similar to the consolidated model. Banking institutions continue to climb to $1,700 per ounce for the long term. The recent minimum value of $1,459 appears to be a temporary situatio
n that will have a positive impact on the quotes. gold
on stock exchanges also rose to record levels. The World Gold Council published information that 2,808 tons of metal were stored in the ETF exchange-traded fund until the end of last month. This figure is more than 75 tons than last month. In the first half of 2019, the level of deposits rose by $17.9 billion, which indicates an increase in the amount of investments compared to the level of three years ago. The main factors of the recovery of investor interest are the economic downturn, unresolved issues of world politics, as well as reduced interest rates. Solutions to these problems in the near future should not be expected, so the high interest in gold will remain for a long time.Ou
r forecast for the price of gold: decline to the indicators of 1475, 1472, 1470 dollars per troy ounce.

e of WTI crude oil fell to $52.90 per barrel. Risks of lower global demand for oil, as well as falling forecasts of the world economy – the main engines of the decline of this market.IMF pre
sented fresh forecasts, thanks to which it became clear that the Russian economy will rise by 1.1%, which is below the level of the 1.3% of previous forecasts. Low macroeconomic indicators are attributable to the dangers of global conflicts. Global trade, due to tariff conflicts, has been falling since the crisis a decade ago. Economic growth continues to decline to 3%. The global industrial sector is declining despite the work of the Fed and the Single Central Bank, which continue to cut
rates and improve the situation with the introduction of cheap money. new U.S. sanctions on Venezuela and Iran. At the same time, the trade situation is very weakened, the interests of depositors are low compared to the production of shale oil in the United States. The International Monetary Fund warns of the risks of declining demand in the mid-range in the current market conflict situation, as well as other negative factors for global growth. The IMF forecasts that the average oil price for the next three years will continue to decline to $55 per barrel of Brent crude.Our fo
recast for the oil price: THE drop in WTI oil to 52.70, 52.40, 52.00 dollars per Barrel.

The cryptocurrency market has slightly reduced prices during yesterday's period. Bitcoin fell to $8,200, Ethereum dropped to $180. XRP, in turn, fell to 28.80 cents. The total capital of the digital currency mar
ket has reached the level of 222 billion dollars. For the third quarter of this year, the number of contracts increased by 61%, compared to the same period in 2018. The volume of sales of contracts during the period of the average daily norm rose to 10% in three months. Half of Bitcoin futures sales on the Chicago Mercantile Exchange as of the third quarter of this year were made in Europe, the Middle East and asia-Pacific region. The Chicago Mercantile Exchange has recently expressed its readiness to launch another derivative, and it will be an option based on Bitcoin futures.
The Swiss Stock Exchange SIX has opened a new commodity for the trading exchange, which will work on the basis of digital currency Binance Coin. Such news provoked a rise of Binance Coin with a capital level of 2.8 billion dollars by 2.5%. The updated ETP fund will have a token of $20 million, and this indicates that a quarter of the assets of the cryptocurrency market are under the leadership of the company. Amun presented its eighth digital currency project called BNB.Our
forecast for cryptocurrency: Bitcoin will rise to 8250, 8300, 8400 dollars. Ethereum will strengthen to $182, $185, $190. XRP will rise to 29.00, 29.30, 30.00 cents.

The price index for consumers will be presented by New ealand. Australia is presenting Westpac's performance on the level of factors ahead of th
e economy.Italy will publish production figures for industry. Britain will provide retail price data, price indicators for consumers and manufacturers in basic and basic equivalents. The European Union presents information on the growth of inflation in the consumer market, as well as the trade balance. Philip Lane, a member of the board of the Single Central Bank, prepares to give a speech.
The United States will provide information on retail sales, as well as an overview of the economy from the U.S. Federal Reserve Beige Book. NAHB will publish indicators on the price policy of the housing market. The Canadian side will present indicators on the growth of consumer prices. Lall Brainard, a member of the American Open Markets Committee, will present a new report of the regulator. The U.S. Petroleum Institute is preparing information on U.S. oil reserves for the previous week.