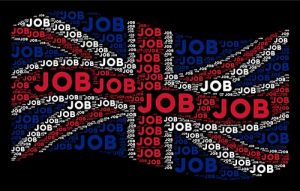 Ireland's central bank has estimated losses in the event of brexit without a deal.  According to him, in the next two years the country will lose 73,000 jobs, which will lead to an increase in unemployment by 7%. In 2020, it will rise to the level of 5.8%, and in 2021 – to 6.9%. The Irish Central Bank said in a statement that a "hard" Brexit would have a negative impact on trade, investment activity, consumption and the foreign exchange market. As a result, the situation in the country's economy will deteriorate dramatically. According to the calculations of the Central Bank specialists, the messy exit of the UK from the European Union will reduce the growth rate of the Irish economy in 2020 to 0.8%. If the deal is done, Ireland's GDP will increase by 4.3%. Irish Foreign Minister Leo Varadkar met with Boris Johnson.  Following the meeting, they said a Brexit deal was still possible and hoped it would be reached.

Global chip sales down 15.9% in August – Forex Bank of France maintains forecast for economic growth in the third quarter
Scroll to top