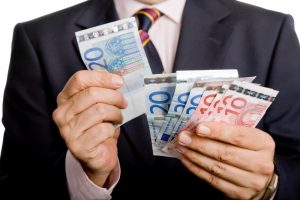 The euro is strengthening against the dollar. The quotations reach the highest level in three months, stopping at 1.1170. One of the main factors influencing the growth of the euro was the low forecasts of the outcome of Brexit without an agreement. A coordinated exit from the European Union will reduce fears of a decline in the British economy. Low performance in the United States and a possible new rate until the end of October adversely affect the U.S. currency and strengthen the
currency pair.Expected resistance to the 200-day average moving at 1.1212. In the short term, the forecasts for quotes are not going to reach such an indicator, as the BRITISH Parliament did not agree to a quick outcome of Brexit under the new agreement. The White House announced new tariffs on some European products from October 18. Trade conflicts continue to weaken the single currency
.Robert Kaplan, president of the Federal Reserve Bank of Dallas, issued a statement late last week saying that the regulator is following the trend of global trade slump against the United States, and also mentioned the easing of the production sector. The head of the Federal Reserve Bank also said that low rates for July and September do not indicate the beginning of a full period of monetary policy relief.Our f
orecast for the euro to the dollar: the fall to the indicators of 1.1150, 1.1120, 1.1100.

The pound has been raising price targets since the end of the previous week because both sides of Brexit have reached a compromise solution that suits all participants. The pair's rate reached 1.2989. At the same time, the beginning of the week was marked by other data, as members of the British Parliament at the last meeting on October 18 accepted the proposal of politician Oliver Letwin that the head of Parliament Johnson asked for a new date of Brexit from representatives of the EU . The parliamentarians of the Kingdom say that the period until the end of the month will not be enough to resolve the situation with the
agreement.On the same day, October 18, the British prime minister wrote two letters asking for representatives of Europe. The first speaks of the need for a new Brexit date by January 31 next year. The second made a statement that the former was a critical necessity and that it was possible not to accept it. European Council President Donald Tusk said he was ready to consider Johnson's requests. Now there is confidence that the unresolved situation about Brexit remains in limbo, and the outcome of the situation is also not predicted. There is a high probability that the British currency will lose its position in the short term. In any clarification of the situation, the global economy would feel better than in countless negotiations. Analysts say any option is a better outcome for Brexit than failure to reach an agreement at all. The British economy will reduce its performance even if it is a deal. The country's GDP is forecast to decline by 6.7% over the next 15 years. The outcome of a hard Brexit will cause more serious economic problems.Our forecast
for the exchange rate of the British currency against the dollar: falling to the indicators of 1.2960, 1.2940, 1.2900.

f gold Price for gold in the previous week was fixed at 1490 dollars per troy ounce. Investors noted income after the new EU-Britain agreement. Low prices will be limited to an uncerta
in situation on trade negotiations and the global economy. align and strengthen. To break the key level of 1500 dollars per ounce, you need to achieve other incentives. The current market situation is vetoing negative data. For example, at the end of the week, China provided quarterly information on economic growth, and this is the lowest data for the last 27 years.
The price of gold will remain within such limits until the situation with Brexit becomes clear, as well as with other risks on the geopolitical Arena. Members of the British Parliament decided during a meeting on October 18 that Minister Johnson should demand a postponement of Brexit. The situation with Brexit has
not reached the final, and market uncertainty is high. The Bank puts a long-term
forecast for the year at $1,600 per ounce.

The price of WTI crude oil strengthened the previous week to $53.75 per barrel. The quotations reached the border levels at 51.65 – 55.00. To break through the upper limits and strengthen prices, you need to stimulate the market with additional factors. Such an impetus could be the adoption of a new deal with the EU by the UK Parliament. At the same time, on October 18, there was a vote for a new Date for Brexit, as the previous date – October 31 – seems an unlikely deadline for a dec
ision.The U.S. Petroleum Institute provides information that oil reserves for the previous week have risen by 10.5 million 2.2 per cent. Market players predicted rises of 4 million barrels, and this is another reason for low quotations. Oil reserves in the United States have been rising for five weeks, and this trend may continue for the nea
r future.This weekend, the Iranian refinery survived the fire. Iranian media say that the incident occurred due to the deteriorating situation between the countries of Iran and Saudi Arabia. Recent incidents of attacks on the Saudis continued with Iranian shelling of the Saudi port. The tense situation with the Middle East affects the reversal of falling
prices.Our price forecast for the WTI brand: increase to 54.00, 54.25, 54.50 dollars per barrel.

encyMarket digital currency last week moved in flat, asset prices changed with the lowest values. The price of Bitcoin rose to $8,200. Ethereum gained $175 and XRP gained 29.15 cents. Total market capital reached $222 billion.
The case on the SEC's court application against Telegram received a new date – February 2020. The hearing date was originally set for October 24. As of mid-October, the U.S. Securities and Exchange Commission charged Telegram with illegally conducting ICOs and restricting the sale and transfer of Gram tokens. The court's ruling came that Telegram on February 18-19 imposed restrictions in the distribution of tokens. Prior to that, the company announced new dates for the launch of the TON blockchain, as well as the release of Gram tokens on April 30 next year. The reason is that you need to resolve all issues with the SEC. Telegram asked the U.S. Federal District Court to overturn the SEC's short-term refusal to sell tokens. Telegram representatives believe that tokens are not securities.The Ri
pple platform sold XRP tokens for 66.24 million for the third quarter. This figure is lower in the past time period. Prices for the xRP currency fell to 35%, trading volumes for the day fell by more than 53%. Volatility per day reached 3.6%, which is lower than the volatility of Bitcoin and Ethereum. Representatives of Ripple company state that they do not apply mass sales in their work, and do not manipulate the market towards price pressure on the token.Our forecast
for the cryptocurrency market: Bitcoin will fall to the levels of 8150, 8100, 8000 dollars. Ethereum, in turn, will decrease to 172, 170, 165 dollars. The XRP price will be fixed at 29.00, 28.50, 28.00 dollars.

Japan will provide information on exports, imports, and the trade balance of the two indicators. China will publish price indices in the housing market. The People's Bank of the country will present its verdict on the new interest rate.Th
e British side will present the price index for housing from the company Rightmove. German economists will present the price index in the production environment, and the Central Bank of Germany will once again report on its work. Andy Haldane, a member of the Monetary Policy Committee of the British Central Bank, will give a report to the public.