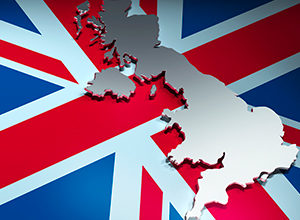 The euro/dollar pair fell slightly at the end of the weekly trading session to 1.1746.

Preliminary business indices in the manufacturing sector of France, Germany and the Eurozone fell in September, which put pressure on the European currency. Conflicting indicators of the European economy limit the possible growth of the euro, although representatives of the ECB speak about a good and stable pace of strengthening. Meanwhile, the euro/dollar pair quotes continue to trade in the range and are likely to decline to the lower boundary at 1.1560 in the near future.

At the same time, the US currency has been under no less pressure lately. On Wednesday, the Fed will meet at which the interest rate will be raised. But amid an escalating trade war between the U.S. and China, the next increase, due in December, may be delayed. The accompanying comment of the Fed on the results of the meeting may clarify the situation of further tightening of rates.

The quotations of the pound/dollar pair fell sharply at the end of the next trading week and reached the mark of 1.3071 by the end of the session on Friday.

The main reason for the sharp fall of the British currency was the negative results of the informal summit of EU leaders, at which the main issue was the agreement between the UK and the EU. The EU has rejected British Prime Minister Theresa May's offer of irish border status. British Brexit Minister Dominic Raab said the EU had offered no real alternative to the unaccepted proposals.

EU and UK leaders have made it clear at the end of the summit that they are preparing for a scenario in which they will not be able to reach an agreement on the terms of Brexit. French President Emmanuel Macron, who recently insisted on a compromise between negotiators, said Britain's proposals for the european single market and the Irish border were unacceptable. British Prime Minister Theresa May is ready to present new proposals to solve the problem of the Irish border. At the same time, May also stressed that she does not accept the solution to this problem, in which Northern Ireland remains part of the EU's single market.

Until recently, it seemed that the parties were close to reaching a compromise agreement, but the summit showed that the contradictions over the main issues are too strong. In the coming days, the British currency will continue to feel pressure amid the growing likelihood of a hard Brexit.

Gold fell sharply on Friday, fell below the key level of 1200 dollars per troy ounce and reached the mark of 1197 dollars.

International rating agency Fitch lowered its forecast for global GDP growth next year by 0.1% to 3.1%. The change in the forecast is connected with the escalation of trade conflict between the United States and China. At the same time, the forecast of growth of the U.S. economy for the current year has been raised to 2.9%. Recall that today will come into force new U.S. sanctions against China amounting to 200 billion dollars, and China is likely to take retaliatory actions. In this case, U.S. President Donald Trump may announce new tariffs against China. Thus, both sides are far from a possible compromise, and the confrontation will continue very soon.

Gold prices continue to trade in the range at the key level of 1200 dollars per troy ounce. Most forecasts remain optimistic about the growth of quotations before the end of this year to the level of 1250 dollars. In the coming days, the pressure on gold will remain against the background of the Fed meeting and the increase in the US interest rate. The next rate hike in December could be questioned amid a growing trade war between the US and China that will provide substantial support for gold.

In our forecast for Monday, we expect gold prices to decline to support levels of 1195, 1192 and 1188 dollars per troy ounce.

WTI crude oil prices rose in the trading session of Friday and reached the resistance level of 70.80 dollars per barrel.

On Sunday, a meeting of the OPEC monitoring committee was held in Algeria. The main intrigue of the meeting was to be the question of a possible increase in the quota for oil production against the background of the approaching US sanctions against Iran. As a result, the decision to increase production was not taken, the cartel leadership recommended to adhere to the existing agreements. OPEC will see a real decline in the supply of oil on the world market as a result of the reduction in oil exports from Iran.

Iran's current oil production has fallen to 3.58 million barrels per day, according to OPEC. The results of the meeting were in favor of Iran, which was strongly opposed to the increase in production, because it feared the complete displacement of its own products from the market. Oil prices will receive a significant boost for growth in the near future due to fears of a shortage of oil on the world market. The next OPEC meeting will take place in mid-November, that is, after the actual imposition of U.S. sanctions against Iran.

In our forecast for today we expect a sharp increase in WTI oil quotations to resistance levels of 71.00, 71.50 and 71.90 dollars per barrel.

The cryptocurrency market continued to recover at the end of last week. Bitcoin quotes rose to $6,700 and the price of ethereum reached $240.

On Friday, the capitalization of the cryptocurrency XRP bypassed ethereum and came in second place after bitcoin. During the day, the exchange rate rose by more than 60%. The growth of XRP was due to the news of the launch of the long-awaited xRapid product in October. xRapid is Ripple's solution for cross-border transfers using the internal XRP token as a link. The entire transfer process takes 3-7 minutes, it all depends on the conditions of the sender and the recipient. With such rapid transfers, there are no risks associated with volatility. Over the past two days, 295 million XRP were transferred through the Ripple blockchain only by large transactions. From this we can make an assumption that xRapid is actively being tested, although no official announcements have yet been made.

The Anti-Money Laundering Financial Action Group said that the formation of a set of standard rules on anti-money laundering using cryptocurrencies is in the process of completion.

At a meeting in October, FATF plans to discuss what existing standards should be adapted to digital currencies and analyze how countries are implementing these standards. The new rules will be an update to non-binding resolutions that were approved by the FATF in June 2015. The organization takes into account that the existing guidelines on anti-money laundering measures and reports of suspicious trading activities are still appropriate if they can be applied to new cryptocurrency exchanges.