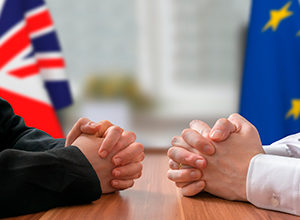 During trading on Thursday, the euro showed growth against the dollar, the pair reached the mark of 1.1403 by the end of the day.

U.S. statistics released on Thursday were less positive than expected, which contributed to the fall of the dollar against the euro. The index of business activity in the manufacturing sector at the end of October was 55.7 against the projected 55.9, and the employment index in the manufacturing sector 56.8, although it was expected to grow to 57.5.

At the end of the week, the euro's exchange rate may be affected by the publication of an index of business activity in the manufacturing sector in the Eurozone and in selected countries, including Germany, Italy, France and Spain. The previous publication of the index was a negative factor for the euro, and therefore at today's session can adjust its upward trend, which began on Thursday.

In the U.S. on Friday will be known data on the change in the number of employed in the non-agricultural sector. At the beginning of October, this indicator was much lower than expected, which contributed to the pullback of the dollar. At the same time, preliminary data of ADP on the labor market on Thursday were positive, so we should expect a strong release today.

Stock markets cease to be support for the U.S. dollar, although on Thursday the indices rose, the S'P500 for the first time in six weeks strengthened the third trading session in a row. Despite the good financial statements of the companies from the S'P 500, first of all, Apple, published on Thursday, the Us currency showed a decline.

Today we expect a reversal of the euro and a subsequent decline to support levels of 1.1370, 1.1355 and 1.1345, as the issue with the Italian budget continues to act as a factor of pressure on the European currency, and the NFP data can support the dollar.

Yesterday, the pound/dollar pair was moving upwards as part of strong growth. Starting trading at 1.2920, the quotes reached the value of 1.2992 by the end of the session.

The value of the pound is positively affected by the information that the EU and the UK have reached a compromise through which British companies belonging to the financial services sector will be able to maintain access to European markets after Brexit. Investors see this as a signal that larger trade relations will also be settled, especially given Prime Minister Theresa May's announcement that a deal could be reached by November 21.

The Bank of England's warning that future interest rate hikes could be slightly faster than previously thought due to the overheating of the economy played a role in the appreciation of the pound.

On Thursday, the market's attention was drawn to the Bank of England's Inflation Report, all of which were in line with its expectations. The Bank lowered its forecast for growth in the British economy for 2018 and 2019 by 0.1 percentage points, to 1.3% and 1.7% respectively. Inflation in the UK will remain above the target of 2% in annual terms in the near term. The Bank did not change the value of the base interest rate, leaving it at 0.75% at the end of the meeting held on Thursday.

The index of business activity in the British manufacturing sector was lower than the expected value of 53.0, amounting to 51.1, which, however, did not affect the pound due to the positive news context.

The British Index of Business Activity in the Construction Sector will be published today. It can be a negative indicator for the pound due to the fact that this industry in the UK is going through not the best of times, and its associated indicators have traditionally weakened the national currency.

Despite the expected negative macroeconomic statistics, in our forecast for today the growth of the pound/dollar pair to the resistance levels of 1.3015, 1.3030 and 1.3055.

Thursday was a favorable day for gold, which managed to rise from the level of 1225 dollars per troy ounce in morning trading to 1236 dollars by the close of the session, reaching a three-month high.

The main reason for the rise in the price of the precious metal was the depreciation of the dollar, which fell against the euro and the pound sterling. The rapid collapse of the dollar comes as part of a correction after it rose to its highest level in the previous 16 months.

Given the general unstable state of the world economy, we can assume that the decline in the value of gold in previous days was corrective. Thus, the trajectory of precious metal in October became upward, and gold rose by 1.6% after a permanent fall in the rate over the last 6 months.

Friday's reporting of companies from the S'P 500, such as Exxon Mobil and Alibaba, can influence the dollar exchange rate. However, against the background of the decline of the dollar, the stock market shows a less correlation with gold quotes.

On Thursday, the World Gold Council's report released that global demand for the precious metal increased by 0.6% in the third quarter. Thus, the total demand amounted to 964.3 tons, showing an increase of 6.2 tons compared to the same period of 2017. This demand value is equivalent to the second quarter of 2018, which at that time was the worst quarterly total since 2009.

The increase in demand was driven by a recovery in consumer activity and increased purchases by some central banks, which continue to build up gold reserves. These factors were able to compensate for the outflow of gold from ETFs, which amounted to 103 tons in the third quarter. The leaders in the demand for gold were Iran and China.

On Friday, we forecast the continuation of the growth of the gold quotes, possibly testing resistance levels at 1238, 1240 and 1243 dollars.

During yesterday's trading, oil quotes, as expected, showed a downward trend, the price of a barrel of WTI crude oil fell from $65.06 per barrel at the beginning of the session to 63.52 dollars at the end of the session. Thus, the August lows were updated.

The fall in oil prices is due to the market's confidence in the ability to maintain a balance between the supply and demand of raw materials after the imposition of US sanctions against Iran. Also, the quotes continue to play back the statistics of the U.S. Department of Energy.

Traders have concerns about China's oil demand due to the trade war with the US.  Washington imposed duties on Chinese goods, totaling $250 billion, to which Beijing responded with tariffs on American goods totaling $110 billion.

Fears of traders are not groundless, China significantly reduced oil imports, in the summer it together with India purchased 1.5 million barrels of oil per day, but by the beginning of autumn this figure was 1 million barrels, falling by a third.

Also on Thursday, Bloomberg published statistics showing that the level of oil production of OPEC states increased at the end of October to a record value since November 2016, and amounted to 33.33 million barrels per day. According to the agency, thanks to the increase in raw materials production in Libya and Saudi Arabia, losses related to the expectation of the entry into force of the second package of sanctions against Iran were made up.

Markets are waiting for the December meeting of OPEC, and their correction will take place against the background of the news agenda associated with this event.

Friday's release of information from Baker Hughes on the number of operating rigs in the U.S. as an indicator of the activity of the oil industry can stimulate the fall in oil prices in the event of an increase in the number of these rigs.

We forecast the continuation of the downtrend on oil in Friday trading, support levels may reach 63.00, 62.70 and 62.55 dollars per barrel.

On Thursday, cryptocurrencies were characterized by permanent exchange rate fluctuations. Starting trading at $6,376 per unit, Bitcoin fell to $6,364 by the end of the day, although during the session it reached a local resistance level of $6,393. By Thursday evening, Ethereum had fallen from $199 to $198. Only Ripple showed a confident uptrend, on Thursday morning it was trading at 0.4525 dollars, and in the evening trading already at the level of 0.4544 dollars.

Yesterday, Morgan Stanley Bank's report on the cryptocurrency industry was released, according to which crypto assets are now acquiring the status of institutional assets, especially against the background of stagnation among private investors. Also, the bank's analysts noted a number of transactions that occurred with virtual currencies, from "digital cash" they gradually grew into a solution for the financial system and a new payment system, and now became an object for institutional investments. The opinion of an authoritative financial institution should give the market upward momentum against the background of positive expectations.

Also on Thursday, Vitalik Buterin, creator of Ethereum, announced the upcoming transition of the network to the new stage of Ethereum 2.0, which will be called Serenity during the Prague conference. The innovations are expected to increase the speed and security of the system, as well as increase the number of transactions per second. The modification will be made possible by the launch of Casper, which will be the catalyst for the transition to the Proof-of-Stake algorithm. This news will have a positive impact on Ethereum, given that it contributes to the formation of an opinion about it as a separate ecosystem, rather than a standard cryptocurrency.

Another positive news for the market was the information that the South Korean exchange Bithumb intends to open a platform for trading securities and tokens in the United States, which has already been allegedly signed an agreement on cooperation with the financial and technological SeriesOne.