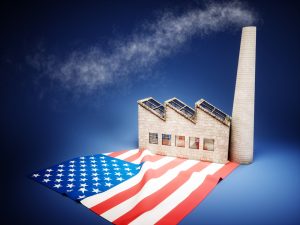 The index of business activity in the U.S. manufacturing sector fell in September to a ten-year low of 47.8 points. ISM reports. In August, it was at 49.1 points. Analysts made an optimistic forecast. They believed that the figure would rise to the critical 50-point mark. The index, which assesses the dynamics of new orders, rose by 0.1 points to 47.3 points in September. And the employment rate fell from 47.4 points in August to 46.3 points in September. Of the 18 industries in the U.S. manufacturing sector, only 3 saw an increase in new orders and output. The manufacturing sector plays a significant role in the United States economy. It accounts for about 12% of GDP. In addition to data on business activity, on Tuesday also published statistics on construction spending. In August, they increased by 0.1% month-on-month. Analysts had forecast spending growth of 0.5%.