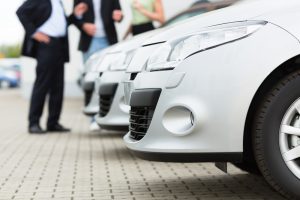 In August, China sold 1.59 million vehicles, including sedans, SUVs, minivans and multirole vehicles. According to the Chinese Passenger Car Association, the figure for the year fell by 9.9%, which is due to the longest decline in the automotive industry in China in 30 years. Relative to July, sales increased by 5.4%. The main factors that put downward pressure on sales are the slowdown in China's economy, the continuing trade differences between the United States and China, and the introduction of new emission standards in a number of provinces ahead of schedule. To support the industry, the Chinese authorities have relaxed restrictions on the purchase of cars. Chinese automakers reported a drop in profits in the first half of the year. For example, Geely Automobile Holdings' net profit fell by 40% and Great Wall Motor's performance fell by 59%.

U.S. oil production remains at record high, according to Reuters analysts British pound under pressure due to uncertainty around Brexit – Forex
Scroll to top