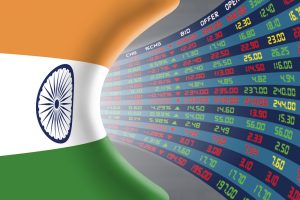 The Central Bank of India has decided to reduce the rate by another 25 basis points. Now it is 5.15%. Analysts expected just such a decision of the regulator. Its head Shaktikanta Das explained that the Central Bank intends to adhere to the current policy until there is a recovery in the economy, and inflation does not come close to its target level. The decision on the rate was made unanimously. In addition, the Reserve Bank of India revised its forecast for GDP growth in the current fiscal year. It was reduced from 6.9% to 6.1%. The forecast for the quarterly inflation rate was raised from 3.1% to 3.4%. However, it is still far from the 4% target. The Indian economy has been showing a slowdown in growth for several consecutive quarters. Thus, in the first fiscal quarter, the country's gross domestic product increased by only 5%. This weak figure has not been observed in India since 2013. The Government was taking steps to stimulate growth. For example, the corporate income tax rate was reduced from 30% to 22%. However, this has not yet yielded the desired results.