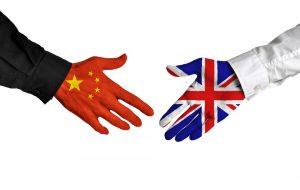 Unsuccessful or postponed initial public offerings of companies in the U.S. market dealt a serious blow to it, writes the Financial Times. The takeover of many public firms by private equity firms for more than two decades has led to a sharp decline in the number of registered companies on the U.S. stock exchange. Currently, according to JPMorgan Asset Management, there are 4.4 thousand public American companies, compared with a peak of more than 8,000 in 1996. China's current policy is aimed at actively developing capital markets within the country. The Chinese authorities direct state-owned companies to their exchanges and encourage private companies in the country to become public. Registration is welcome not only in mainland China, but also in Hong Kong, Europe and the United States. The number of publicly traded Chinese companies registered in the market has doubled in the last decade to 4.8 thousand. In two decades, this figure has increased more than 10 times.

Annual inflation in the eurozone slowed in September to 0.9% – Forex