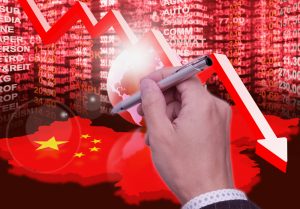 The highest growth rate of business activity in 19 months was recorded in the chinese manufacturing sector in September. According to Caixin/Markit, the industrial PMI was 51.4 points, up from 50.4 points in August. The forecast of economists assumed its decline to 50.2 points. The PMI of the processing industry, according to the report of the Statistics Of China, rose to 49.8 points from 49.5 points. These data were also better than economists' forecasts, which did not expect the August index to change. However, the dislocation of the index in the zone below 50 points for 5 months indicates a drop in activity. The indicator, which tracks the dynamics of production, rose to 52.3 points from 51.9 points. The indicator of new orders was at 50.5 points in September, which is higher than 49.7 points a month earlier. The growth also showed an indicator of new export orders. Its value increased from 47.2 points to 48.2 points. Business sentiment reached its highest level in 4 months. The corresponding figure rose to 54.4 points from 53.3 points. At the same time, the Chinese statistical office recorded a decline in the index of business activity in the service sector in September from 53.8 points to 53.7 points, while economists expected its growth to 54.2 points. The national composite index of business activity was 53.1 points, up from 53 points a month earlier.