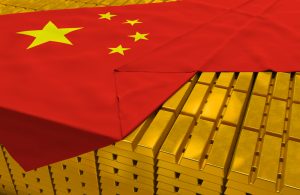 Data from China's statistical office pointed to the continuation of the trend of slowing growth of the country's economy. At the end of the third quarter, Chinese GDP increased by 6% compared to July-September 2018 after growing by 6.2% in the 2nd quarter. This is the lowest level since 1992. Analysts polled by the Wall Street Journal had expected the Chinese economy to grow 6.1 percent in quarterly growth. The country's government has previously set a target range for gross domestic product growth in 2019 from 6% to 6.5%. In this regard, the published statistics did not come as a surprise to Beijing. The Chinese Bureau of Statistics noted that in the last three months of the year, support for the Chinese economy could be provided by improving indicators of car sales and industrial production. On the eve of the release of GDP data, the Central Bank of China poured 200 billion yuan into the liquidity of the country's financial system. According to experts, the regulator did this in order to support the economy in connection with the beginning of the tax payment season.