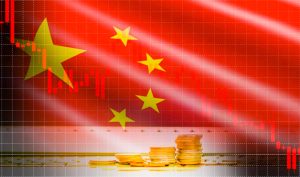 The General Customs Administration of China published data on exports and imports in September. Exports fell 3.2 percent to $218.12 billion for the year. The index fell more than economists expected it to fall by 3%. Imports also fell stronger than forecasts. Its figure fell 8.5 percent to $178.47 billion, with experts expected to fall 6 percent. Exports have been falling for two months, while imports have been declining for five months in a row. China's foreign trade surplus last month was fixed at $39.65 billion, down from $34.78 billion the previous month. The U.S. trade surplus fell to $25.88 billion from $26.96 billion a month earlier. U.S. shipments fell 21.9 percent. The decrease is observed for 6 months. In total, Chinese exports to the United States accounted for 16.7%. The decline in exports from China in September was recorded in Hong Kong by 12.6%, Canada – by 9.5%, India – by 7%, Japan – by 5%. At the same time, supplies to the European Union, the Russian Federation and Brazil showed growth. Last month, China imported 2.2% less oil than in August. At the same time, this figure has increased by 9.7% since the beginning of 2019, amounting to 369.04 million tons. For the month, China increased iron ore imports by 4.8% and reduced coal imports by 8% and natural gas by 1.6%.