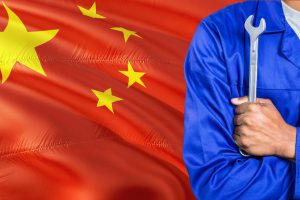 China's industrial sits ended August with a 2% year-on-year decline in profits. It has shrunk to 517 billion 800 million yuan. Data from enterprises with annual revenues of more than 20 million yuan were used to calculate the indicator. In July, the index grew by 2.6%. In the eight months since the beginning of this year, the profit of Chinese industrial enterprises decreased by 1.7% compared to January-August last year. Its total amount was 4 trillion 20 billion yuan. At the same time, the profits of private companies grew by 6.5%, and profits of state-owned enterprises fell by 8.6%. The decline in industrial profits in China is a consequence of the slowdown in this sector of the country's economy against the background of the trade conflict with the United States and the weakening of demand. According to previously published data, the volume of industrial production in China grew by only 4.4% in August. This low figure has not been observed in the country for more than 17 years.