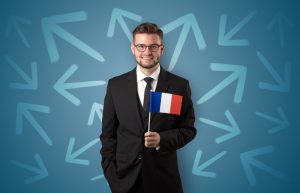 A survey of French households by insee showed consumer confidence in France rising to its highest level in 20 months in September. The corresponding index rose to 104 points from the August value of 103 points. According to analysts' forecasts, the index was expected at 102 points. The process of improving consumer confidence has been observed in the country for 9 months. The assessment of the attitude to the financial situation was 14 points, having risen by 1 point compared to August. The index, which characterizes the standard of living of the French, kept the value of August at minus 22 points. At the same time, consumers rated their purchasing power 1 point higher than in August. This indicator in September was minus 7 points. Also, the assessment of the ability to make savings improved by 1 point, it rose to 14 points. The improvement in the situation in the French labor market was indicated by the indicator that determines the unemployment forecast. It dropped to 1 point from 6 points.