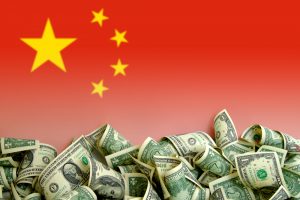 Annual inflation in China, according to official data, accelerated in September to 3% from 2.8% a month earlier. September's inflation rate was the highest in almost six years and exceeded economists' forecast of 2.9%. Compared to the previous month, the growth of consumer prices in September by 0.9% was also stronger than the August increase of 0.7%. The main reason for the acceleration of growth is the continuing rise in the price of food. At the end of the nine months of the year, inflation was fixed at 2.5%. These figures show that the Chinese government has managed to keep the inflation rate below the target level below 3 per cent. The record price growth in eight years last month was demonstrated by food. For the year they grew by 11.2%. At the same time, the cost of fresh vegetables decreased by 11.8%. Non-food group products rose by 1%, while gasoline fell by 12.1%. The inflation rate, which does not take into account food products and energy, did not change in September, keeping the value of August at 1.5%. A statistical report on producer prices in September showed that they grew by 1.2% for the year, which was the highest price increase since July 2016. Compared to August, prices increased by 0.1% the same as the month before.