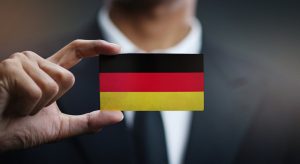 The research group GfK conducted a survey of German consumers, which showed that next month their moodwill will improve. The corresponding index, calculated by GfK, was 9.9 points, having risen from the September value of 9.7 points. The survey participants were more optimistic about the economic outlook. This indicator increased by 3 points to minus 9 points. The propensity of Germans to buy has been strengthened by the statement of the European Central Bank that it intends to loosen its monetary policy in the near future. The index was 55.1 points, an increase of 6.3 points. At the same time, consumers reported a decline in their income expectations and indicated that the risk of recession remained, in their view. The ECB intends to return to the asset purchase program from November 1. Their monthly volume will be 20 billion euros. According to the Bundesbank report released on Monday, the regulator does not rule out a technical recession in the third quarter, but believes that this is not a cause for concern.