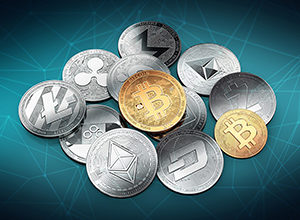 The dollar was under pressure from the lack of trading on U.S. stock markets on Wednesday due to mourning over the death of George H.W. Bush, as well as general market concerns about the Fed's easing of policy amid speeches by regulators.

In favor of the dollar at the moment is the arrest in Canada of one of the leaders of the Chinese Huawei Meng Wangzhou, carried out at the request of the U.S., which again exacerbates the U.S.-China trade standoff and revives doubts about the good the outcome of negotiations between the countries. This factor strengthens the potential of the dollar as a reserve currency, it led to the pullback of the pair's quotations by the evening.

The pan-European stock index Stoxx Europe 600 fell by 3.09% on Thursday after falling by 1.2% on Wednesday, which was also one of the reasons for the pressure on the euro.

Support for the US currency yesterday was provided by the index of business activity in the non-manufacturing sector, published by the Institute of Supply Management. The increase to 60.7 in November from 60.3 at the end of October, with the expected 59.2 instilled in investors optimism about the prospects for economic growth in the U.S. as a whole. Increased activity in the service sector is an indicator of economic growth.

Today they will publish a final estimate of GDP growth in the third quarter of 2018 in the Eurozone. It is forecast to improve in both annual and quarterly terms, which can be a good reason to support the European currency.

Starting the session at 1.2760, the quotes of the pound/dollar pair by the end of the day rose to the resistance level of 1.2790.

The lack of negative news context on Brexit largely explained the growth of quotations. The British Parliament is already in the third day of discussions on the issue of leaving the European Union, the price of which in any case will be high – the loss by 2030 of 7% of GDP in the absence of an agreement, and 3% of GDP at its conclusion in the current version. However, traders seem to have come to terms with the inevitability of losses, which confirms yesterday's interest in the British currency, which is also associated with the desire to lock in profits in the face of relative stability in the face of new difficulties in the discussions, vote in Parliament on December 11 and the EU summit on December 13-14.

On Thursday, British Finance Minister Philip Hammond said the Agreement of November 25 was non-alternative on the terms of Brexit. This is the agreed position of the British government. He also opposed the revision of the version of the snobband and the approval of the new one. Hammond sees a "hard Brexit" as the worst-case scenario for the UK's financial institutions. The market reacted positively to the minister's words that the current conditions are very favorable for the UK.

Yesterday the National Employment Report from ADP in the UNITED States was released. This figure has decreased significantly. We are talking about changes in the number of jobs outside agriculture. From 225,000 in October, it fell to 179,000 last month, with a forecast of 196,000. It was the statistics from ADP on the eve of official employment figures that caused high volatility in the market and contributed to the depreciation of the US currency against the British currency. High labor statistics tend to influence the Fed's decision to raise the key rate. And weak performance in this sector can put long-term pressure on the dollar.

In the U.S. on Friday will be released statistics on unemployment, changes are not expected. That is, this figure is expected to be 3.7% at the end of November. Given that this is the lowest unemployment rate in the United States in recent years, comparable only to the 2000 figures, it can strengthen the dollar in today's trading.

Gold prices started Thursday's trading session at 1241 dollars per troy ounce and subsequently rose to the level of 1245 dollars by the end of the day.

The main reasons for strengthening the precious metal's position yesterday were the widespread decline in stock indices and the pullback of the oil market. Investors decided to pay attention to gold and amid new contradictions between the U.S. and China over the arrest in Canada of one of the leaders of China's Huawei Meng Wangzhou at the request of the U.S.

Fears of the prospects for world economic growth give impetus to the growth of gold. Disagreements between Washington and Beijing can damage the American economy by about 5% of GDP, which will have global consequences. And 2019 may be marked by conflicts in Asia over sea routes, which is beginning to be won back by traders now.

According to the picture of THE SOT analysis, large traders have reduced long net positions during the last decline. Moreover, their reduction has also been a catalyst for decline. Now the balance sheet of this group of players is at zero level. Traditionally, first of all, institutional investors, who are mainly in a long net position, have the greatest influence on the price. From here we can draw a conclusion about the limited potential of reduction, and in contrast to it, about the significant potential for growth.

In our forecast for today we assume a highly likely continuation of the moderate uptrend of gold. Resistance levels can be tested at 1248, 1250 and $1,252 per troy ounce.

At yesterday's trading, WTI crude oil was characterized by a downward dynamic. Trading started at $52.34 per barrel and closed at $50.93.

The decline in the oil prices is explained by the uncertainty of traders in reaching final agreements on the reduction of oil production following the OPEC meeting. On Thursday, at the meeting, the members of the organization tentatively agreed to reduce production, but the final figures were not named. This, according to investors, may indicate difficulties on the way to compromise on this issue.

Statements of individual negotiators also incandescent the situation and restrained the growth of the cost of raw materials. Saudi Energy Minister Khaled al-Faleh's words that he was unsure of reaching an OPEC agreement on Friday contributed to a one-time pullback in oil prices.

A meeting of ministers in the OPEC format is scheduled for today, the results of which will be made the final decision on oil production in 2019. The counterweight to the prospects of the downward course is the actual state of affairs in the economies of the leading oil producers and the political component. For example, the Saudi authorities have a dilemma – to keep commodity prices from falling or to avoid conflict with Donald Trump, who insists on Riyadh raising the level of oil production. Iraq, OPEC's second-largest producer of raw materials with 4.5 million barrels per day, needs oil money to cope with the effects of war and sanctions. Therefore, the market at the moment is very restrained and cautious about high-risk assets.

On Thursday, data of crude oil reserves in the United States were published according to statistics of the Department of Energy. According to the report, reserves decreased by 7.32 million barrels in the past week with a forecast of 942,000 barrels. Thus, for the first time since September 19, 2018, the trend of u.S. oil reserves growth was interrupted, which may be connected with the Vienna meeting of OPEC this week. These statistics will support oil quotes.

On Friday, the statistics of changes in the number of oil rigs from Baker Hughes.And the growth of their number may become an additional factor of pressure on commodity prices.

We expect that on Friday oil prices will be characterized by upward dynamics against the background of agreements within the framework of OPEC at least on the minimum reduction of production. Resistance levels could reach $51.50, $51.80 and $52.25 per barrel.

On Thursday, the cryptocurrency market rebounded sharply again. In the morning Bitcoin was trading at 3885 dollars and by the end of the trading session fell to 3686. Thus, the test of psychological strong support level of 3700 dollars failed, which indicates a possible downtrend. Ethereum repeated the Bitcoin chart: from 103 dollars in morning trading cryptocurrency decreased to 98 dollars. XPR fell to $0.3299 by the close of trading.

On Thursday, the number of short positions on Bitcoin on the cryptocurrency exchange Bitfinex updated six-week highs and reached the value of 37,891. The last time the indicator was at a comparable mark of 36,996 on October 15. In the last three weeks, the number of short positions has increased by 95%, the market is set to decline. The number of the latter did not reach the level lower than 35,000, even when the price of Bitcoin tried to get out of deep oversold, showing an increase from 3500 dollars to the values of about 4400.

A new round of crisis in the cryptocurrency market will give large investors another opportunity to buy virtual currencies at low prices amid panic among retail traders. This strategy of institutional traders is very obvious. Thus, yesterday it became known that the Grayscale Bitcoin Investment Trust currently owns more than 200,000 Bitcoin clients. This means that the company owns 1% of the total volume of Bitcoin in turnover, and its share is much greater than that of any other company in this area.