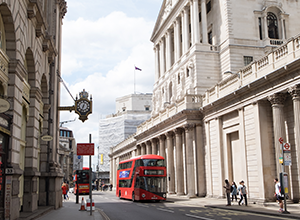 By the end of the trading session on Friday, the euro/dollar pair's quotes reached a one-week low of 1.1330.

The catalyst for the strongest fall in the euro for the week was Friday's release of the index of business activity in the manufacturing sector of the Eurozone and Germany. The German manufacturing PMI for November was 51.6 with analysts forecasting a value of 52.3, falling to a 32-year low. The eurozone's manufacturing activity index was also quite weak, although the previous period was expected to remain at 52.0.

These changes in German GDP at the end of the third quarter showed a decline of 0.2%, putting additional pressure on the European currency. Macroeconomic indicators worse than expected lowered expectations of the recovery of the Eurozone economy in the fourth quarter.

The European stock market also did not play in favor of the euro. At the end of the week, European indices closed with a decline, although on Friday they remained on positive values.

The long-term pressure on the euro remains the situation with the Italian budget. On Friday, Italian Deputy Prime Minister Luigi di Maio said the Italian government had no plans to change the draft budget for 2019, which was previously rejected by the European Commission on Wednesday. The market will also play down the results of Sunday's Brexit summit.

Today, the dynamics of the pair may be influenced by the publication of the IFO business climate index in Germany. At the end of October, the indicator decreased, the negative trend is expected and on the results of November, which can negatively affect the euro.

In addition, the head of the European Central Bank Mario Draghi is expected to speak this evening, on the basis of which traders can adjust their trading strategies. Earlier on Friday, investors lowered expectations of an INTEREST rate hike by the ECB in 2019 due to a weak index of business activity in Germany and the Eurozone, and Draghi's speech may shed light on this issue.

In our review on Monday, we assume a correction of the euro/dollar pair to resistance levels of 1.1370, 1.1390 and 1.1405 thanks to the approval of the Brexit agreement by European leaders.

Friday's trading session of the pound/dollar pair started at 1.2870, and by the end of the quote reached the level of 1.2795.

At Sunday's Brexit summit on November 25, the leaders of the 27 EU member states, by consensus, approved a political declaration and an agreement on the UK's exit from the EU. Thus, the negotiations between London and Brussels, which have been underway since June 2016, have been adopted for the first time in the format of formalized agreements.

But the ratification of the agreement in the current format by the British Parliament in December 2018 remains in question. Dominic Raab, the former British Brexit minister, said a high-probability rejection of the draft agreement and a second vote. Scenarios such as Brexit without an agreement and the start of new negotiations are also possible, as well as the re-election of the British Parliament in the event of a longer political crisis.

In addition, the ex-minister considers the terms of the agreement onerous for the UK, which was one of the reasons for the fall of the pound on Friday, and not only all opposition parties, but many parliamentarians from the ruling Conservative Party, do not agree with him. having an absolute majority. So the confrontation in the parliament threatens to become a factor of pressure on the British currency in the long term.

The issue with the Irish border remains a key aspect. The current draft suggests that northern Ireland may be subject to other European rules other than EU customs rules, which will apply in the UK unless the parties agree otherwise. This condition is extremely unprofitable for the Kingdom, as it deprives it of the opportunity to enter into its own trade agreements with third countries and puts it in a dependent position with respect to the EU authorities.

From macroeconomic statistics published on Friday, the pound was supported by the release of the index of business activity in the US manufacturing sector at the end of November, which amounted to 55.4 with the expected 55.8.

Today, the attention of the market will be focused on the speech of the head of the Bank of England Mark Carney, which will make clear possible changes in the monetary policy of the regulator in connection with the agreement on Brexit at Sunday's summit.

From macroeconomic statistics, the report on the gross volume of mortgage loans is of interest, this indicator from August 2018 is constantly below the projected values, which may be a factor of pressure on the British currency and on today's Auction.

We assume that the pound/dollar pair today will be characterized by a movement towards resistance levels of 1.2820, 1.2850 and 1.2895 due to the fact that at the moment the market is dominated by a short position on the pound, which can give an upward momentum against the background of news on the Brexit.

The depreciation of the precious metal was caused by the strengthening of the US currency against the background of Friday's release of the index of business activity in the manufacturing sector of the Eurozone and Germany and the high level of uncertainty on Brexit. At the end of the session, the dollar index futures rose by 0.27% to 96.85, falling from the recently reached sixteen-month high of 97.69.

The dynamics of gold quotations will be largely determined by the course of the U.S.-China trade standoff, which puts considerable pressure on the dollar. Last week ended on a not-too-optimistic note, Washington launched a campaign to convince governments of friendly countries to stop using equipment manufactured by Chinese technology giant Huawei. His vulnerability to espionage attacks is cited as the reason. Against the background of such statements, the Chinese indices Shanghai Composite and ChiNext showed a decline of 2.7% and 3.3% respectively.

Now the attention of the world community will be focused on the G20 summit, which will be held in Argentina from November 30 to December 1 and may become, as its participants expect, very conflict. It is likely that China and the United States will try to influence other members of the organization, the Elysee Palace openly declared the appropriate intention, saying that the search for a compromise in the commercial confrontation between Washington and Beijing is the key to the reform of the World Trade Organization.

An additional factor supporting gold is the sell-off of the dollar on the eve of the FOMC meeting on December 19. Contrary to forecasts for a rate hike to 2.5%, the Fed's soft rhetoric, bolstered by the positive state of the U.S. economy, leveling the need for urgent action, raises investor fears of further rate hikes, and, as consequence, in a strong dollar.

In today's trading, we consider the correctional recovery of gold quotations and growth to resistance levels of 1226, 1228 and 1231 dollars per troy ounce likely.

The price of a barrel of WTI crude oil fell from 53.30 to 50.88 dollars per barrel by the end of Friday trading. This was the most significant pullback in commodity prices since July 6, 2015, when futures showed a decline of 7.73 on average and oil finished in the red for the seventh week in a row. In general, compared to August highs, as of November 23, the cost of raw materials fell by 30%.

The downward dynamics of the oil prices are largely provoked by lower demand than predicted against the background of the general slowdown of the world economy. Last week, for example, the OECD lowered expectations for its growth from 3.7% to 3.5%. This is superimposed on the trend of the fourth quarter of 2018 – exceeding global production over consumption, which further stimulates the recession of the oil market.

Meanwhile, the top three world oil leaders, including Saudi Arabia, the United States and Russia, are actively continuing to increase its pace. At the moment, they provide more than a third of the world's consumption of raw materials, i.e. about 100 million barrels per day.

On Friday, it was reported that Saudi Arabia was producing more than 10.7 million barrels per day in November, a new record and reduces the potential for growth of quotations, despite the kingdom's announcements of a reduction in exports in December-January, which did not have had no impact on the market.

Traders also ignored Riyadh's calls for OPEC to cut supply by 1.4 million barrels in order to adjust to lower demand and prevent oversupply.

In our forecast for Monday, we assume that WTI crude oil will continue the downtrend and will aim for support levels of 50.50, 50.25 and 49.90 dollars per barrel.

On Friday, the price of Bitcoin fell from $4,397 to $4,317. However, on the night of November 24-25, there was another sharp rollback of Bitcoin to 3700 dollars. Thus, the value of the cryptocurrency reached September lows in 2017, and the decline for the day amounted to 13.7%. By Sunday evening, Bitcoin had recovered to $4,200. Ethereum as a whole duplicated the dynamics of the benchmark cryptocurrency. After Friday's slump from $127 to $120, the Ethereum price fell to $105 on the night of Saturday to Sunday, followed by a return to 120. XRP was also subject to significant exchange rate fluctuations, after a pullback on Friday from 0.4211 to 0.4055 dollars, on Sunday night there was a decline of 0.3311 dollars with a reversal to 0.3894.

In addition to the hard fork Bitcoin Cash, pressure on the cryptocurrency market is exerted by a number of related factors, in particular, prohibitive measures against mining and other activities in the field of virtual currencies imposed by some states. The actions of the U.S. Securities and Exchange Commission, which actively initiates investigations against ICO projects and cryptocurrency platforms, are also negatively played out by the market.

The reduction of the number of speculators and the reduction of the interest of traders with limited opportunities for mass entry into the market of institutional investors contribute to their contribution. The latter are an important factor in keeping the cryptocurrency industry afloat because their investments are long-term, and therefore they are not interested in a quick exit to fiat when the market starts to fever.