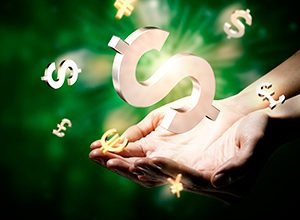 The quotations of the euro-dollar pair decreased during the trading session of Thursday and reached the mark of 1.1640.
After a slight correction related to fears about the development of the trade war between the United States and China, the US dollar is strengthening again. According to the final data, the growth of the U.S. economy in the second quarter was 4.2% in annual terms, which was the highest value for the last 4 years.
Orders for durable goods rose 4.5 percent in August after declining 1.2 percent in July. At the moment, there are no signals indicating a possible decline of the American economy, which is expected almost since the beginning of the year, and the statement of the Fed at the meeting this week indicated the commitment of the regulator to the previously announced plans regarding rate hikes.
The European currency remains under pressure in the face of the growing risks associated with Italy. On Thursday, the Italian government published a draft budget, setting a target for a deficit of 2.4% of GDP. According to the recommendations of the European Union, the budget deficit should not exceed 2% of the country's GDP, so the new Italian government has defiantly indicated a willingness to enter into a confrontation with the EU. At the beginning of the week, the euro-dollar pair reached a three-month high, exceeding the resistance level of 1.1800, but in the near term we expect the development of a downtrend.
In our forecast for Friday, we expect the euro dollar to decline to support levels of 1.1620, 1.1600 and 1.1670.

The quotes of the pound/dollar pair decreased yesterday in the area of the minimum values of the week and ended the trading session at 1.3073.
The main reasons for the decline of the pair were the strengthening of the US dollar and the lack of new meaningful comments on Brexit. The political component still plays a more significant role for traders on the pound than the economic one. In the absence of real progress on the agreements between the UK and the European Union, the pound/dollar pair will trade in the range around the level of 1.3000, maintaining a propensity to decline.
The GFK consumer confidence index fell to -9 in September, which was worse than the forecasted value. The index has long been in the negative zone, starting in 2016, and is now approaching the lowest value for the last six years. This low level of the index is due to the low level of consumer confidence in the economic activity of the country against the background of high uncertainty associated with Brexit. Falling consumption is one of the key factors that negatively affects the overall growth of the economy. Any positive change may not begin before there is certainty about the future relationship between the UK and the European Union after March 2019.
In our forecast for today we expect a further decline in the quotations of the pound/dollar pair to the support levels of 1.3050, 1.3025 and 1.3000.

Gold prices fell sharply during Thursday's trading session and reached the level of support of 1183 dollars per troy ounce.

Positive results of the Fed meeting, which took place the day before, led to the strengthening of the dollar index to the maximum value for the week, which put pressure on the price of gold and led to their sharp decline. The Fed raised the interest rate and indicated its intention to continue raising once a quarter, according to the previously planned plan to tighten monetary policy in the United States. The growth of the U.S. economy in the second quarter finally recorded a magnificent result of 4.2%, and the growth of the technology grid shares supported the strengthening of the stock market in the United States. The head of the Federal Reserve Jerome Powell again issued a statement yesterday, in which he noted a strong economy, low unemployment and stable inflation and confirmed that the economic models of the regulator do not imply the onset of recession in the next two years.

The price of gold again fell below the key level of 1200 dollars per troy ounce and reached the minimum value for more than a month. Apparently, the hopes of buyers for gold, who were encouraged by the recent correction and predicted the return of the price to the level of 1250 dollars per ounce by the end of this year, will not be realized.

In our forecast for today we expect a further decline in the price of gold to support levels of 1180, 1177 and 1174 dollars per troy ounce.

WTI crude oil prices were little changed at the end of Thursday's trading session and reached $72.25 per barrel by the end of the day.

The price of oil remains high amid high risks of falling global commodity exports, thanks to the imposition of U.S. sanctions against Iran. U.S. President Donald Trump has backed the recent uptrend in oil prices and urged importers to adhere to sanctions on Iran's oil exports. Markets feared that Trump might move to selling oil from the U.S. strategic reserve to limit further price increases. Last week, Trump reiterated that OPEC should cut prices immediately. However, U.S. Energy Secretary Perry said there are no plans to supply oil from the strategic reserve.

Saudi Arabia will continue to increase oil production in order to stabilize prices in case of a possible sharp decline in supplies from Iran. Saudi Arabia's foreign minister said yesterday that his country fully supports U.S. policy on sanctions against Iran, which is not surprising, because the fall in Iranian exports is fully in line with the economic interests of the Saudis.

In our forecast for today's trading we expect further growth of WTI crude oil quotations to resistance levels of 72.35, 72.50 and 72.80 dollars per barrel.

Cryptocurrency market continues to recover, most of the assets have again completed the trading session in the growth zone. Bitcoin quotes rose to 6700, ethereum strengthened to 230, and XRP reached the price of 0.54 dollars.

The active growth of the cryptocurrency market is facilitated by the ever-deeper penetration of digital currencies into the real economy.  The Bank of Communications, one of China's four state-owned commercial banks, has completed the issuance of mortgage-backed securities using blockchain. The total amount of all securities issued is approximately $1.3 billion. By placing securities information on a decentralized network, their owners will be able to receive information instantly and without intermediaries, as well as make related transfers themselves. The Bank of Communications launched its own blockchain platform back in June. It is designed specifically for securities backed by various assets in order to increase the rate of their issuance. Already in July, the bank began to move information about such securities from other sources to its blockchain.

The Austrian government has said it will use the Ethereum blockchain to issue government bonds worth an estimated $1.35 billion at an auction next week.

One of the largest banks in the country OeKB will operate the blockchain and monitor the processes of notary verification. During the auction, he will manage the issuance of debt obligations of the Austrian Federal Finance Agency. OeKB noted that this is the first time that the blockchain-based notary verification service will be used for a federal bond auction. The system has successfully passed the roll-out and will also be used in the internal operations of the bank.