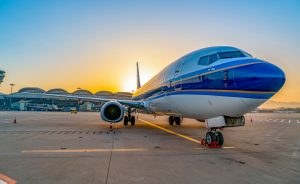 Good quarterly results allowed British airline EasyJet to forecast pre-tax profits for the financial year ended September 30, ranging from 420 million to 430 million pounds. The company originally set a target for this figure in the range of 400 million to 440 million pounds. Thus, this goal will be achieved closer to the upper limit of the planned range. The company published preliminary results for the fiscal year, which showed that for the year the number of passengers transported increased by 8.6%, reaching 96 million people. Although the carrier increased the number of seats by 10.3% to 105 million, the congestion of its flights decreased by 1.4%, amounting to 91.5%. Revenue per unit of air traffic is expected to rise by approximately 2.7 per cent. The company estimated its fuel costs last year at 1.42 billion pounds. At the same time, overall expenditures are expected to increase by 12%.