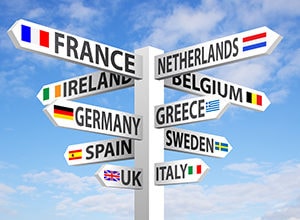 In Japan, household expenditure data and wage changes, as well as indexes of leading and concurring indicators, will be released. Australia will publish an index of activity in the construction sector from AIG, and China – data of foreign exchange reserves.

Germany will present industrial production data, while France will provide imports, exports and the overall trade balance. The UK will unveil the Halifax house price index and consumer price inflation forecast. The Eurozone will publish changes in gross domestic product and employment for the third quarter of this year. Germany will hold elections for a new leader of the Christian Democratic Union.

U.S. labor market data will be released, including the number of new jobs created outside agriculture in November, changes in average wages and unemployment. Lael Brainard, a member of the U.S. Federal Reserve's Open Market Committee, will speak on the same day. Canada will publish unemployment and changes in the number of employed. Baker Hughes will introduce changes to the number of active drilling rigs in the U.S. last week.