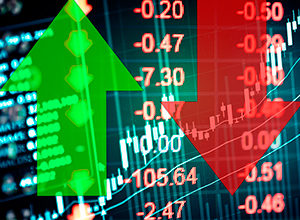 In Japan, retail sales data and investments in foreign and national securities will be released. The National Bank's activity forecast and the Reserve Bank's Business Optimism Index will be released in New york. Australia will publish new home sales and private capital expenditure data. A representative of the Bank of Japan Masai will speak in Japan.

Switzerland will present changes in gross domestic product for the third quarter of this year. Germany will publish unemployment and inflation data, including basic and harmonized consumer price indices. In the UK, consumer lending data and the number of approved mortgage applications will be released. The Eurozone will present the level of consumer confidence, the index of business optimism in the industry, the index of sentiment in the economy and the indicator of the business climate. In addition, a report on financial stability in the Eurozone will be published.

In the U.S., personal income data and the basic price index of personal consumption expenditures will be released. In addition, the United States will publish the number of initial and repeated applications for unemployment benefits and pending home sales. The Energy Information Administration will unveil changes to natural gas reserves last week. The US Federal Reserve's Open Market Committee will release the minutes of its last meeting.