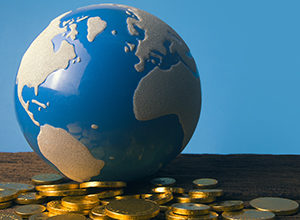 A meeting of the Reserve Bank will be held in New ealand, the decision on the change in the interest rate and the accompanying statement at the end of the meeting will be known. In Japan, a large block of macroeconomic statistics will be released, including data on orders for machinery products, balance of payments of foreign trade, the volume of bank lending and foreign exchange reserves, and a summary of the Bank of Japan. China will disclose import, export and trade balance data.

Germany and France will present foreign trade data, including imports, exports and the overall trade balance. The Eurozone will release an economic bulletin from the ECB and a forecast of economic growth. ECB spokesman Benoit Keret will speak in the evening.

Canada will publish data on the started construction of houses, and the U.S. – the number of initial and repeated applications for unemployment benefits. The Energy Information Administration will unveil changes to natural gas reserves last week. Late in the evening, a meeting of the Fed's Board of Governors will be held, a decision on the interest rate and the Position of the Fed on monetary policy will be published.