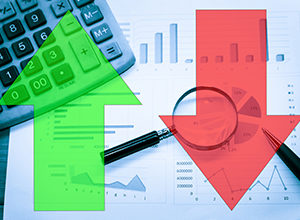 Data on building permits will be published in New york. Japan will release a large block of macroeconomic news, including the consumer price index, retail sales and industrial production data, unemployment rates and foreign and national investment in securities. China will present the Caixin PMI index in production.

Germany will publish an import price index, a wholesale price index and an unemployment rate, and in the UK it will publish a change in GDP for the second quarter of this year. In Switzerland, the index of leading indicators will be released. The Eurozone will present preliminary inflation data for September, including the basic and main consumer price indices.

In the U.S., personal consumption spending data, personal income and Chicago's PMI will be released. Fed spokesman Thomas Barkin will also speak. Canada will publish the commodity price index and economic growth data for the second quarter of this year. Baker Hughes will publish changes in the number of active drilling rigs in the United States over the past week.