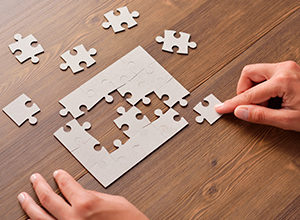 Changes in retail sales volumes and a monthly report on the inflation of THE ANJ will be released in New zealand. Japan will present an index of domestic prices for corporate goods and orders for machinery and equipment. China will publish data on new loans and foreign direct investment.

In France, unemployment data will be released, and in Turkey the trade balance.

The U.S. will release the results of the survey of credit experts for the third quarter of this year.

Germany will publish the main and harmonized consumer price indices, the business sentiment index and the index assessing the current economic conditions of the Institute of zEW. Switzerland will release an index of producer and import prices, and in the Eurozone – an index of economic sentiment. The UK will present a large block of macroeconomic news, including the unemployment rate, the number of applications for unemployment benefits and the change in average wages.

In the U.S., a monthly report on the state of the budget will be published and short-term securities will be placed.

In Australia, Westpac's consumer confidence indices will be published, and wages for the third quarter of this year. In China, data from retail sales, industrial production and investment since the beginning of the year will be released. Japan will present an index of activity in the service sector of industrial production and capacity utilization.

The Council of Finance and Economic Ministers of all european Council member states will meet in the Eurozone. In Germany, changes in GDP in the third quarter of this year will become known. France, Sweden and Spain will present consumer price indices. The UK will also publish inflation data, including the basic and basic consumer price indices and the producer price index. The Eurozone will release a large block of macroeconomic news, including the change in economic growth for the third quarter of 2018, employment and industrial output.

Japan will publish data on foreign and national investments in securities. Australia will see employment, the share of the workforce in the total population and expectations for consumer price inflation. China will present a house price index.

In the UK, retail sales data will be released, and in the Eurozone the trade balance changes.

In Canada, the ADP employment report will be released. The U.S. will publish retail sales, business indices in the manufacturing sector of the Federal Reserve Bank of New York and Philadelphia, the number of initial and repeat applications for unemployment benefits, as well as indices of prices for imports and exports. The Energy Information Administration will present a weekly report on the change in natural gas reserves.

An index of business activity in the manufacturing sector will be released in New ealand.

Germany will present the wholesale price index, and Italy – data of industrial orders and consumer prices. The Eurozone will publish updated inflation data for October, including the basic and main consumer price indices.

In the U.S., data on industrial production and the use of industrial capacity will be released. Baker Hughes will publish a traditional report on the change in the number of active drilling rigs at the end of last week.