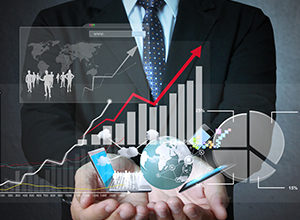 In Japan, industrial production data will be released, and in China – the volume of foreign direct investment and credit data.

In the U.S., retail sales data and the index of business activity in the manufacturing sector of the Federal Reserve Bank of New York will be released. In addition, the United States will issue a monthly report on the state of the budget, and in Canada – a review of the economic situation of the National Bank.

The consumer price indices will be published by New ealand and China, and China will publish a producer price index. Australia will present the minutes of the Reserve Bank meeting two weeks ago and publish the Westpac index of leading economic indicators.

Germany will present an import price index, a business sentiment index and an index assessing current economic conditions according to a study by the Institute of zew. Italy will publish data of industry and inflation, and the Eurozone will present the trade balance and the index of economic sentiment according to the institute of zEW. In the UK, labour market data will be released, including the unemployment rate and changes in average wages, as well as the DCLG house price index.

A summit of EU leaders on Brexit will begin in the Eurozone. The UK will publish a large block of inflation-related data, including basic and core consumer price indices, producer price indices and retail prices. The Eurozone will also present changes in consumer prices for September and output in the construction sector.

In the U.S. will be released data started construction and changes in the number of permits for new construction. The Energy Information Administration will report on last week's change in commercial oil inventories. In the evening, the minutes of the meeting of the U.S. Federal Open Market Committee, which took place two weeks ago, will be made public.

Japan will see data from imports, exports and the overall trade balance, as well as national and foreign investment in securities. Australia will present labour market data, including unemployment, employment, the share of the workforce in the total population, and the National Australia Bank's Business Confidence Index.

A summit of EU leaders on Brexit will end in the Eurozone. Germany will publish the wholesale price index, and in Switzerland it will publish data on imports, exports and the overall trade balance. The UK will introduce a change in retail sales.

The U.S. will publish the number of initial and repeated applications for unemployment benefits, the index of activity in the manufacturing sector of the Federal Reserve Bank of Philadelphia and the index of employment expenses. In addition, The Representative of the Federal Reserve James Bullard will be present in the United States. The Energy Information Administration will unveil changes to natural gas reserves last week.

Japan will publish the consumer price index, as well as the speech of the head of the National Bank Haruhiko Kuroda. China will present data on industrial production, retail sales, and a change in GDP for the third quarter of this year.

The UK will publish data on public sector net borrowing and a report from the British Confederation of Industrialists on sales volume. Canada will present retail sales data, basic and basic consumer price indices.

In the U.S. will speak representative of the Fed Robert Kaplan and publish data of retail sales. Baker Hughes will introduce changes in the number of active rigs last week.