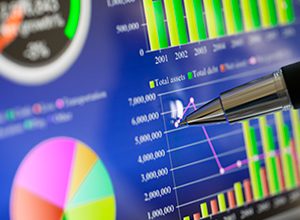 The UK will publish the Rightmove house price index. In the Eurozone, the refined basic and basic consumer price indices will be released. The Bundesbank will publish its monthly report.

The U.S. will present the index of business activity in the manufacturing sector of the Federal Reserve Bank of New York and the market value index of housing NAHB. In Canada, the volume of purchases of foreign and local securities will be released.

The Reserve Bank of New York will present its december activity forecast. In Australia, new home sales data will be released and the minutes of the Reserve Bank meeting will be published.

The U.S. will introduce changes to the number of building permits and the Redbook Retail Sales Index. The American Petroleum Institute unveiled changes to crude inventories last week.

THE New ealand will publish a survey of Westpac's consumer sentiment and balance of payments for the third quarter of this year. Australia will present an index of leading economic indicators. Japan will see data from imports, exports and the overall trade balance.

In Canada, the basic and basic consumer price indices will be released. The U.S. will publish sales data in the secondary housing market. In the evening there will be a meeting of the Fed, at which the interest rate is likely to be raised. The Energy Information Administration will unveil changes to commercial oil inventories last week.

Gross domestic product growth in the third quarter of 2018, imports, exports and the overall trade balance will be released in New ealand. Australia will unveil the unemployment rate and full-time employment figures. Japan will present national and foreign investment in securities.

Switzerland will publish import, export and total trade balance. The Bank of England will meet in the UK, the decision on the change in the interest rate and the report on monetary policy will be announced.

In the U.S., data of primary and repeated applications for unemployment benefits and the index of business activity in the manufacturing sector of Philadelphia will be released. Canada will present the ADP employment report and wholesale sales data. The Energy Information Administration will publish changes in U.S. natural gas reserves last week.

In Germany and the UK, GFK consumer confidence indices will be released. The UK will also publish data on gross domestic product growth for the third quarter of this year, balance of payments and public sector net borrowing.

The U.S. will provide updated GDP data for the third quarter, the volume of orders for durable goods in November and the index of spending on personal consumption. Canada will publish monthly changes in GDP and retail sales data. Baker Hughes will unveil changes to the number of active drilling rigs in the U.S. last week.