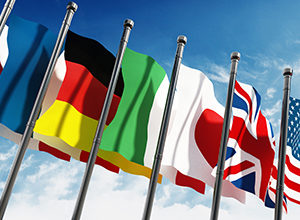 Retail sales data for the third quarter of this year will be released in New ealand. Reserve Bank governor Philip Lowe and his deputy Christopher Kent will speak in Australia. Japan will publish indices of leading and concurring indicators.

In Germany, the index of economic expectations, the index of business optimism and the indicator of the current assessment from the IFO will be released. The UK will present data on approved mortgages. The Eurozone will host a number of speeches by representatives of the ECB, including Peter Pret, Benoit Ker and Ewald Novotna, as well as the head of the ECB Mario Draghi.

Imports, exports and the overall trade balance will be released in New ealand, and corporate service prices in Japan.

Germany will present the import price index, and the UK will report to the Confederation of Industrialists on sales volume. A representative of the ECB Mersch will speak in the Eurozone.

In the U.S., the Redbook Retail Sales Index and the Home Price Index will be released. FOMC spokesman Richard Clarida will speak on the same day. The American Petroleum Institute will publish changes in raw materials inventories last week.

The Reserve Bank of New York will publish a report on financial stability. In Australia, the data of the completed construction will be released.

The UK will publish the BRC Retail Price Index and the Financial Stability Report. Switzerland will present the index of economic expectations according to the data of the Institute of zEW, and Germany – the gfk consumer confidence index. Consumer lending data will be released in the Eurozone.

The U.S. will publish the IA Mortgage Lending Index, the balance of trade in goods and refined annual GDP growth data for the third quarter. In addition, the U.S. will release an index of business activity in the manufacturing sector of the Federal Reserve Bank of Richmond and a speech by the head of the Federal Reserve Jerome Powell. The Energy Information Administration will publish changes in oil reserves over the past week.

In Japan, retail sales data and investments in foreign and national securities will be released. The National Bank's activity forecast and the Reserve Bank's Business Optimism Index will be released in New york. Australia will publish new home sales and private capital expenditure data. A representative of the Bank of Japan Masai will speak in Japan.

Switzerland will present changes in gross domestic product for the third quarter of this year. Germany will publish unemployment and inflation data, including basic and harmonized consumer price indices. In the UK, consumer lending data and the number of approved mortgage applications will be released. The Eurozone will present the level of consumer confidence, the index of business optimism in the industry, the index of sentiment in the economy and the indicator of the business climate. In addition, a report on financial stability in the Eurozone will be published.

In the U.S., personal income data and the basic price index of personal consumption expenditures will be released. In addition, the United States will publish the number of initial and repeated applications for unemployment benefits and pending home sales. The Energy Information Administration will unveil changes to natural gas reserves last week. The US Federal Reserve's Open Market Committee will release the minutes of its last meeting.

These building permits will be issued in New ealand. Japan will publish the consumer price index, unemployment rate and industrial production data and orders in the industrial sector. Australia will introduce private sector lending and China will provide a service business activity index and a level of business activity in the manufacturing sector.

Germany will publish retail sales data, while the UK will publish the Nationwide House Price Index and Gfk's Consumer Confidence Index. In Switzerland, the index of leading indicators KOF, and in Italy – unemployment data. The Eurozone will also present unemployment data, as well as the basic and basic consumer price indices.

Canada will publish annual GDP data for the third quarter, the commodity price index and the industrial price index. The Chicago PMI will be released in the United States, and Baker Hughes will announce weekly changes in the number of active rigs last week.