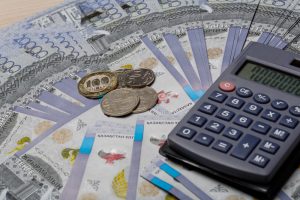 MaxiMarkets have prepared fresh statistics for the current week 07.10 – 11.10.2019 especially for readers of Finversia.ru

Japan will present data on the leading and co-matching indicators. Australia is preparing an inflation index from TD Securities.

Germany is preparing to share information on the volume of orders for industry, Britain, in turn, will present the index of price policy in the housing sector from Halifax. The EU is preparing the confidence indicators of depositors from Sentix.
The U.S. is preparing data on consumer lending figures. Fed Chairman Jerome Powell is expected to speak.

Japan will publish data on household spending as well as the balance in the foreign trade market. Australia will provide data on the number of new vacancies, as well as the Central Bank's business sector report on market conditions and sentiment. China is preparing a service index from PMI Caixin.

England will present retail sales volumes, Mark Carney – chairman of the Central Bank – will present a report. Switzerland is preparing to report unemployment, and the German side will publish industrial production data. The European Central Bank will hold a meeting. And representatives of the Swedish state are preparing production figures in the industry.

Australia is preparing a consumer confidence figures from Wastpac.

The European Parliament will hold a hearing to consider Brexit. The British, in turn, are preparing for a meeting of the Finance Committee.

American JOLTS is preparing to provide information on vacancies. The Federal Reserve will report on a meeting that took place late last month in the Open Markets Committee. Data on the volume of oil raw materials will be published by the U.S. Energy Information Administration.

Japan prepares information on the number of orders in the engineering sector, as well as analysis of securities deposits in foreign and national banks. Australian analysts will present their vision on the level of consumer price inflation, as well as indicators on mortgages. It will present another estimate on inflation.
German economists will publish market sentiment, export and import volumes, and the balance of these units. Britain will present data on GDP, balance in the market, analyze the services sector, and publish output and industry in the processing sector. The ECB is preparing to appear with data on monetary policy. And the central bank board member Ville Lane will present a report on the work.

The United States will analyze the unemployment figures, namely the volume of benefits, as well as the level of inflation and consumer prices. Data on natural gas deposits are presented by the Energy Information Administration.

It will perform performance in the manufacturing sector as well as in terms of retail sales. Australia is working on the financial sector forecast and investment figures.

The EU Ministry of Finance and Economy will meet for the meeting. Germany will release data on consumer prices. Representative of the European Central Bank Luis de Guindos will talk about the economic situation. Canada will analyze the number of unemployed citizens, the average rate of pay per hour, as well as data on the employment of Canadians.
The United States will publish information on exports and imports, the balance of the two indicators and data on fiscal policy. The University of Michigan will provide consumer confidence information, and Baker Hughes will report on the volume of drilling rigs.

Weak indicators are dragging the dollar down