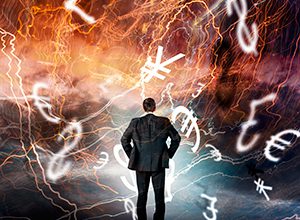 Japan will publish economic growth data for the second quarter of this year, the index of the current situation from Eco Watchers and the balance of foreign trade. In China, consumer and producer price indices will be released. Deputy head of the Reserve Bank Michelle Bullock will speak in Australia.

The UK will present a large block of macroeconomic news, including: industrial and manufacturing data, the index of business activity in the services sector, the overall trade balance and the change in GDP for July. In the Eurozone, sentix investor confidence will come out.

In the U.S. will publish data on the dynamics of consumer lending. On the same day, Fed spokesman Rafael Bostic will speak.

Retail sales data and a monthly inflation report from THE A.M. will be released in New york. Australia will publish the National Bank's business confidence index. China will introduce new loans and foreign direct investment.

Canada will provide data on new home construction. The U.S. will publish the NFIB Business Optimism Index and the Redbook Retail Sales Index. The American Petroleum Institute will report on the change in oil reserves last week.

In Japan, the index of activity in the service sector will be released, and in Australia – the Westpac consumer confidence index.

The Eurozone will present industrial production data, and Germany will host the placement of long-term securities.

The U.S. will publish the producer price index and the Fed's Economic Review Beige Book. The Energy Information Administration will release a report on the change in commercial oil inventories over the past week.

An index of food prices will be released in New ealand. Japan will publish an index of domestic prices, data on orders for mechanical engineering products and the volume of national and foreign investment.

France and Germany will publish consumer price indices, while Switzerland will publish the producer price index. The UK and the Eurozone will hold meetings of national banks, publish decisions on the change in the interest rate and accompanying statements.

Canada will publish the house price index on the primary market. In the U.S., the basic and basic consumer price indices, as well as data on the number of initial and repeated applications for unemployment benefits will be released. A monthly report on the state of the budget for August will be presented. Fed spokesman Rafael Bostic will speak on Thursday. The Energy Information Administration will report a change in natural gas reserves.

The Eurozone will publish trade balance and data on labor costs for the second quarter of this year. The head of the Bank of England Mark Carney will speak in the UK.

The U.S. will present retail sales data, import and export price indices and the University of Michigan Consumer Confidence Index. The Bank of Canada will publish a monthly review. Baker Hughes will introduce changes in the number of active rigs last week.