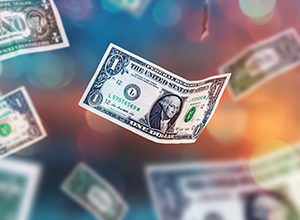 In Australia, indices – activity in the manufacturing sector from AIG, the number of vacancies from ANU, the price of raw materials RBA and data issued for building permits. The third quarter of this year will be released by New ealand. Japan will present the Nikkei PMI in the manufacturing sector, and China will present the Caixin PMI in production.

Sweden, Spain, Italy, France, Germany, the UK and the Eurozone will publish business indices in the manufacturing sector. In the Eurozone, in addition, the Index of Investor Confidence Sentix for the coming month will be released.

Canada will present the PMI manufacturing activity index. The U.S. will publish the index of gradual acceleration of inflation from ISM, the indicator of ISM business activity in the manufacturing sector and data on construction costs. Representatives of the US Federal Reserve's Open Market Committee, Lael Brainard and John Kaplan, as well as Member of the Monetary Policy Committee John Haldane, will speak.

In Japan, changes in the amount of money supply will come out. Australia will hold the next meeting of the Reserve Bank, will be made public a decision on the interest rate and a accompanying statement after the meeting. In addition, Australia will publish data on TD Securities inflation and balance of payments for the third quarter of this year.

A hearing on Brexit will be held in the European Court of Justice. Switzerland will release a consumer price index, and in Sweden – the balance of payments for the third quarter of this year. The head of the Bank of England Mark Carney will speak in the UK and the index of business activity in the construction sector will be published. The Eurozone will publish the producer price index. Gertjan Vlieghe, a member of the UK Monetary Policy Committee, will speak in the evening.

In the U.S., the Redbook Retail Sales Index and the IBD/TIPP Economic Optimism Index will be released. The American Petroleum Institute will publish changes in raw materials inventories last week.

Australia will publish changes in gross domestic product for the third quarter of this year and AIG's service activity. The commodity price index from ANJ will be presented by New ealand, and Japan will present the Markit Service Sector Business Activity Index. China will release the Caixin PMI index in the services sector.

The EU will hold a meeting of the ECB, not directly related to monetary policy issues. The UK will publish a report from the Financial Policy Committee. In Spain, Italy, France, Germany, the UK and the Eurozone, business indices in the services sector will be released. In addition, the Eurozone will present retail sales data and a composite index of business activity in the manufacturing sector Markit.

In the United States, the ADP report on private sector employment, the ISM business activity index in the services sector and productivity and labor costs data will be released. Federal Reserve Chairman Jerome Powell will deliver a speech. In addition, the Fed will publish an economic review of the Beige Book. The Bank of Canada will meet to present a decision on the interest rate change and a accompanying statement following the meeting. The Energy Information Administration will publish changes in oil and petroleum products stocks at the end of the week.

In Japan, data of national and foreign investments in securities will be released. Australia will publish import, export and trade balance data. Deputy head of the Reserve Bank of Australia Guy Debelle will also speak.

In Germany, production orders will be released, and long-term government bonds will be placed in the UK.

Canada will present import and export data, general statistics of international trade in goods and The Ivey Business Activity Index. The U.S. will publish the number of initial and repeat applications for unemployment benefits, the overall trade balance and production orders data. The Energy Information Administration will unveil changes to natural gas reserves last week. The night will be a second speech by the head of the Federal Reserve Jerome Powell.

In Japan, household expenditure data and wage changes, as well as indexes of leading and concurring indicators, will be released. Australia will publish an index of activity in the construction sector from AIG, and China – data of foreign exchange reserves.

Germany will present industrial production data, while France will provide imports, exports and the overall trade balance. The UK will unveil the Halifax house price index and consumer price inflation forecast. The Eurozone will publish changes in gross domestic product and employment for the third quarter of this year. Germany will hold elections for a new leader of the Christian Democratic Union.

U.S. labor market data will be released, including the number of new jobs created outside agriculture in November, changes in average wages and unemployment. Lael Brainard, a member of the U.S. Federal Reserve's Open Market Committee, will speak on the same day. Canada will publish unemployment and changes in the number of employed. Baker Hughes will introduce changes to the number of active drilling rigs in the U.S. last week.