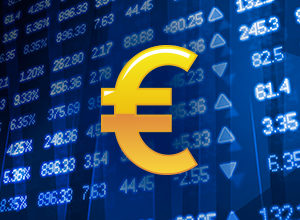 The euro-dollar pair, which showed on Wednesday the worst one-day interest rate decline since November 1, recovered after the speech of the head of the Federal Reserve Jerome Powell amid the news context. The European currency reacts negatively to the probability of imposing tariffs on all imported cars in the United States, the damage from which will be caused primarily by German automakers. This measure can reduce economic growth in the European Union from the current 1.6% to 1.2-1.3%.

The growth of the European stock market after the stress test conducted by the Bank of England on the Brexit scenario, passed by all banking institutions from the FTSE 100, slowed down the depreciation of the European currency.

The dynamics of the pair were also determined by macroeconomic indicators. On Thursday, the data on the change in the number of unemployed in Germany at the end of November became known. Their number decreased by 16,000 with the expected 10,000, which was a positive catalyst for the euro.

On Friday, the data on inflation in the Eurozone will be known. They can become support for the euro, as recently usually correspond to the expectations of analysts, stable even with negative values, and therefore do not carry risks for the market. There will also be a release of data on the unemployment rate in the Eurozone, which can give impetus to the European currency. This indicator shows a permanent decline since October 2013, when unemployment during the crisis reached a peak of 12.2%, up to 8.1% in the last reporting period.

Yesterday, the minutes of the last meeting of the Federal Reserve, which supported the dollar, were published. It was received positively by traders due to the fact that it turned out that all members of the Open Market Committee support further rate hikes, although the policy rate of the regulator for 2019 remains uncertain. Prospects for growth will be largely determined by data on employment and inflation in the United States.

The potential for growth of the pound was limited due to the words of the EU's Commissioner for Brexit Michel Barnier that the negotiations are over, this version of the agreement is the best possible and it is necessary to move to its ratification as soon as possible . Recall that the optimal current version is considered by not all, and first of all, members of the British Parliament.

On Thursday, the index of unfinished sales in the real estate market in October in the United States was published. As a leading indicator, he pointed out the weakness of this sector of the economy in the reporting period, there was a decline of the index to the level of -2.6% with the expected growth of 0.8%. This release caused a negative reaction among traders, which manifested itself in the correctional pullback of the dollar during trading.

On Friday, the UK currency exchange rate may be negatively affected by the Nationwide housing price index in the UK, which has been showing a decline since August this year, and last month reached its lowest level since May 2013, when this indicator began to move to corrective growth for the first time after being in the negative zone since the second quarter of 2012.

In our forecast for today, we expect a further decline in the pound/dollar pair against support levels of 1.2760, 1.2740 and 1.2710 against the background of the continuing uncertainty on Brexit.

On Thursday, gold quotes showed a slight positive dynamics, the asset rate rose to 1232 dollars per troy ounce by the close of the session.

Similarly, the market played down the speech of the head of the Federal Reserve Jerome Powell, who assessed the current rate of the Fed as being at a level slightly below neutral. At this level, the rate of economic growth corresponds to a long-term trend, that is, there is no both a stimulating effect and a deterrent. The phrase is slightly below neutral in contrast to the words of the Head of the Federal Reserve, said in October that rates are far from neutral. Powell also noted that the regulator does not have a predetermined rate, and he will assess the economic effect of the rate hikes in past periods. Markets saw Powell's speech as a signal that the Fed could take a pause in raising rates in 2019.

However, the long-term impact of this factor is questionable. The fact is that the neutral rate, according to the methodology of the Fed, is not a specific number, but a range of 2.5-3.5%. Therefore, the head of the Fed can choose very flexible rhetoric, the phrase that the rate is not far from neutral level, does not prevent a fivefold increase from the current level to 3.5%. So the promises of the Fed representatives can still be replaced by tougher ones.

Positive factors for gold were also the stabilization of the dollar index, the decline in the yield of treasuries and the pullback of American stock indices. It is worth noting that recently the U.S. stock market has had a predominantly positive impact on the dollar, limiting the growth potential of the precious metal. Support comes even from the technology sector, which led to a pullback in the U.S. currency in October. Thus, according to the results of trading on Wednesday, Microsoft for the first time since 2010 topped the list of the most expensive public companies in the world, bypassing Apple. While traders predict a drop in demand for Apple's technology and a tightening in regulation of Facebook and Google's advertising business, Microsoft is more focused directly on the business, which is now more valued by investors. For this reason, during the current market correction, Microsoft's capitalization showed less negative dynamics than Apple and other technology companies.

In our forecast for Friday, we expect a moderate increase in gold quotes, possibly testing resistance levels of 1234, 1236 and 1240 dollars per troy ounce.

During yesterday's trading, oil quotes showed upward dynamics, the price of a barrel of WTI crude oil rose from 50.49 dollars per barrel at the beginning of the session to 51.73 dollars at the end of the session.

The upward correction in the oil market is largely due to Jerome Powell's performance on Wednesday, which fueled investor interest in high-risk assets. The forecast for a key rate hike for 2019 may be changed, which could trigger a rally for high-risk assets in the run-up to Christmas.

In addition, the cost of raw materials increased in anticipation of the outcome of the G20 summit in Argentina, which starts today. Traders hope that trade negotiations will be a step towards ensuring the stability of the global economy, which stimulates the growth of demand for oil.

The market paid little attention to the data of the U.S. Department of Energy on the increase in oil reserves by 3.58 million barrels in the week ended November 23, with a forecast of 769,000 barrels. This indicator shows steady growth over the last ten weeks and has reached almost the maximum level in annual terms.

Also yesterday there was news that China has resumed oil supplies from Iran, refusing to cooperate with the U.S. on imports of raw materials. This element of the trade confrontation between the countries has given traders a signal that there is no need to fear a shortage of supply.

Markets are waiting for the December meeting of OPEC, and their correction will take place against the background of the news agenda associated with this event.

Friday's release of information from Baker Hughes on the number of operating rigs in the U.S. as an indicator of the activity of the oil industry can stimulate the fall in oil prices in case of an increase in the number of rigs.

In our forecast for today, we assume a limited uptrend of WTI crude oil due to positive expectations from the G20 summit, resistance levels may reach 52.00, 52.30 and 52.60 dollars per barrel.

On Thursday, cryptocurrencies were characterized by permanent exchange rate fluctuations and divergent dynamics. Starting trading at $4,262 per unit, Bitcoin rose to $4,348 by the end of the day, although it reached local resistance level of 4,450 during the session. By Thursday evening, Ethereum had dropped to $120. XRP showed a downtrend, on Thursday morning the cryptocurrency was trading at 0.3866 dollars, and at the evening trading already at the level of 0.3810.

The current crisis in the cryptocurrency market is characterized not only by a significant difference in spread on the leading virtual currency exchanges, but also by its significant fluctuations. For example, yesterday the margin difference on Bitfinex and Binance in transactions with Bitcoin changed from 0.2% to 1.5% in just a couple of hours. Such volatility is negatively perceived by traders and hinders the recovery of the market.

The crisis situation in the cryptocurrency market causes the popularity of stablekoins. For example, on the Bitfinex wallet as of October 8, the volume of USDT was 259 million, now, due to sales of stablecoins, it is 64 million. It is worth bearing in mind that sales take place almost without the participation of bots and algotraders, as their algorithms are usually not sharpened to buy USDT.

The popularity of stablecoins can contribute to the growth of the market. Thus, at the moment USDT is trading in a ratio of 1:1 with the dollar, there is a demand for it, as it does not require commissions and fees for access to fiat. Thanks to the ubiquitous purchases of USDT, the market is growing with it. Amid the panic, traders sell cryptocurrencies to exchanges, buy USDT, then try to get fiat funds. And when exchange sites accumulate a sufficient number of cryptocurrencies purchased at low values, it will be profitable for them to stimulate the growth of the market.