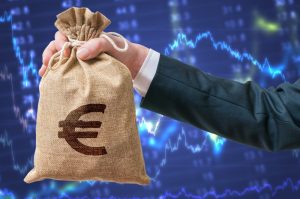 According to the preliminary assessment of IHS Markit, the composite index of business activity of the eurozone in October was 50.2 points. Its slight rise from 50.1 points in September indicates that the eurozone economy remains close to stagnation this month. Economists estimated that the index was expected to be 50.3 points. Manufacturing continued to decline and the services sector grew at its weakest pace since 2014. Job creation was the weakest since 2014. Expectations for the future showed the biggest drop since 2013. Inflation of holiday prices remained at the minimum for 3 years. The fall for the second month in a row demonstrates new orders for goods and services, although the rate of their decline has slowed a little. In the services sector, the index of business activity was fixed at 51.8 points, slightly higher from 51.6 points a month earlier. This rate of increase is the weakest since December 2014. Business activity in the manufacturing sector continued to weaken. The corresponding index was 45.7 points, not reaching the forecast of economists at 46 points.