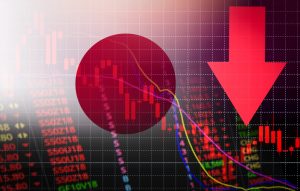 Experts expect that the meeting of the Bank of Japan will end on September 19 with the preservation of the parameters of the monetary policy of the Japanese regulator unchanged. In their opinion, this will be facilitated by reports of easing tensions in trade relations between the U.S. and China and the state of peace in financial markets. A survey of analysts conducted by Bloomberg agency showed that 75% of respondents were in favor of the central bank will not make changes in its monetary policy. At the same time, about 50% of the survey participants expect the bank to expand some kind of stimulus at the September or next meeting. The agency notes that the share of those who predict a reduction in the interest rate on deposits of commercial banks by the end of this year has increased to 23% from 6% in June. At the same time, the former deputy chairman of the Bank of Japan Hirohide Yamaguchi expressed the opinion that the Japanese Central Bank should not repeat the step of the European Central Bank, which last week reduced the base rate. He opposed the strengthening of stimulus, believing that negative interest rates had already had a negative impact on the banking sector.