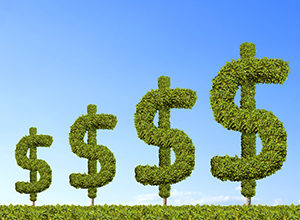 The quotations of the euro-dollar pair continued to decline on Thursday and reached a new weekly low at 1.1352.

Last night the two-day meeting of the Federal Reserve ended, after which there were no big changes. Representatives of the Fed voted unanimously to keep the interest rate at the current level and did not change the forecast of economic growth and inflation.

The U.S. currency continued to strengthen yesterday against most assets after the end of the midterm elections, which led to a divided Congress. Democrats gained control of the House of Representatives, and Republicans consolidated control of the Senate. The results of the midterm elections were met with a rally in the US stock market. In general, the election results were not a big surprise, which has a positive effect on the dollar, and the Fed plans to continue to tighten monetary policy. The probability of a Fed rate hike in December is estimated by the market at 80%.

Pressure on the European currency continues to be exerted by the situation with the Italian budget. Yesterday there were reports that the European Commission expects Italy's budget deficit in 2019. may be significantly higher than expected at this time. The deadline for Italy to agree to the revised proposal of the European Commission by 13 November and for the European Commission to issue a final assessment of the budgets of all member countries by 30 November. Italian officials say they are ready to negotiate with EU authorities, but still rule out any meaningful changes to the budget.

The quotations of the pound-dollar pair decreased significantly during the trading session of Thursday, overcame the support level of 1.3100 and reached the level of 1.3060.

The main factor in the decline in the pair's quotations was the strengthening of the US dollar. The British pound retains support thanks to growing optimism on Brexit.  The British cabinet is due to meet on 12 November, followed by Brexit Minister Dominic Raab to meet the EU's chief Brexit negotiator Michel Barnier, after which an agreement on the country's withdrawal is expected to be announced Eu. British Prime Minister Theresa May will address the House of Commons on November 14.
According to current information, the draft final agreement between the European Union and the UK is almost ready. The main problem is still the situation with the Irish border, this article is still not in the document. The current version of the solution proposed by the European Union, which envisages the border on the Irish Sea, was rejected by great Britain. Despite optimism about the likely conclusion of the deal, it is to be expected that the pound will remain very volatile in the near future. The denouement of the thriller called Brexit is already close and, as Michel Barnier said yesterday, there is very little time to make a decision.

In our forecast for today's trading we expect a further decline in the british pound's quotations against the US dollar against the losses of support of 1.3040, 1.3020 and 1.3000.

Gold prices decreased during yesterday's trading session and reached the mark of 1223 dollars per troy ounce by its end.

The decline in the price of gold took place against the background of the strengthening of the dollar. The November meeting of the FOMC provided little in terms of additional information about the prospect of policy change. The Fed has largely reiterated its position on gradual tightening of policy. The current forecast assumes that the Fed will raise the rate on federal funds in December and twice more in 2019. In an accompanying statement to the meeting, Fed officials noted an increase in economic activity, as well as a decline in the unemployment rate and a strong labor market. Inflation remains about 2%, long-term inflation expectations have changed little. In addition, the Fed statement noted that business investment slowed after a rapid pace of growth earlier this year, indicating a possible slowdown in the economy in the future.

The US stock market as a whole fell slightly after the release of the Fed's statement on monetary policy, which kept gold from falling further. The energy sector of the Company fell the most strongly, falling by 2.2%, as oil futures continued to decline. In general, the price of gold remains down and is approaching the minimum value of the end of October this year at 1215 dollars per ounce.

In our forecast for Friday we expect a further decline in gold quotations to support levels of 1220, 1218 and 1215 dollars per troy ounce.

WTI crude oil prices continued to decline in Trading on Thursday and reached the support level of $60.80 per barrel by the end of the day.

The decline in the price of oil has been going on for nine consecutive sessions, as a result of which the price has moved into bear market territory. The background for the decline in the price was the growth of oil production by major producers, which raises fears of an oversupply in the world market. Oil production in Saudi Arabia, Russia and the United States rose before sanctions were imposed on Iran's oil sector, which was expected to reduce global supply. Sanctions went into effect earlier in the week, but the U.S. eventually granted eight countries temporary exemption searly, allowing them to buy Iranian oil.
U.S. oil production rose 400,000 barrels per day to 11.6 million barrels, according to the Energy Information Administration, a record high. According to some data, Saudi Arabia's production in October rose to 10.67 million. barrels per day, which is the highest level in the last 30 years.

In our forecast for today we expect a further decline in THE quotations of WTI crude oil to the support levels of 60.60, 60.40 and 60.10 dollars per barrel.

Major cryptocurrencies fell slightly in Thursday's trading. Bitcoin quotes reached $6,500. Ethereum fell to a support level of $215 and the XRP price fell to 0.5150.

On November 15, bitcoin Cash cryptocurrency will be held. The Bitcoin Cash roadmap includes basic code updates every six months. However, not everyone in the community agreed with the upcoming changes to the network, which led to hard forging and the emergence of two separate cryptocurrencies – Bitcoin Cash ABC and Bitcoin Cash SV. Because users will automatically receive new coins equivalent to their BCH number, it is important that all exchanges are prepared for this event and later list new tokens to the user. A number of exchanges have determined their positions in case of network split. OKEx, Binance, Bitforex and Huobi have said they will support hardfork. The Coinbase exchange was more restrained and said it would support the current roadmap, but added that it would provide customers with access to funds in each of the possible networks.

Thailand's Deputy Prime Minister called yesterday for increased regulation of cryptocurrencies. The regulatory framework for regulating the cryptocurrency sector was presented by the Thai government earlier this year, but according to the Deputy Prime Minister, new measures to meet new market strategies and threats should come into force domestically and internationally. The politician noted that regulation in its current state can not effectively resist the illegal use of cryptocurrencies – first of all, money laundering and financing of terrorism.