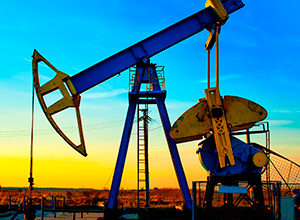 The quotations of the euro-dollar pair decreased to 1.1738 at the end of Wednesday, although during the session the price rose to the resistance level of 1.1800.

The outcome of the Fed meeting was quite predictable, the U.S. regulator raised the interest rate for the third time this year. The median forecast for economic growth in 2018 was 3.1%, and in 2019 2.5%. Thus, the Fed is quite optimistic about the future prospects of the U.S. economy, annual growth of 2.5% will be higher than a number of other developed economies and definitely can not be considered a serious recession.

A draft budget is expected to be submitted in Italy by the end of the week. There are fears that the Italian government may enter into a confrontation with the European Union, as the budget may not comply with EU rules on the allowed deficit. In addition, other domestic political contradictions in Italy, whose economy is in recession, increases the level of uncertainty and risk associated with that country, and, ultimately, negatively affects the exchange rate of the European currency.

The quotes of the pound-dollar pair were practically unchanged at the end of the trading session on Wednesday and finished trading at 1.3175.

Yesterday, the British currency received a day of rest due to the lack of new information related to Brexit. In this regard, the pound/dollar pair was trading in a narrow range within 40 points, only a little revived at the time of publication of the results of the Fed meeting, and then returned to the original quotes.

After a significant correction, the pound-dollar pair turned around and resumed the upward trend. At the moment, the pair looks ready to return to a multi-month high at 1.3297. Last week's disappointment with the negative results of the summit of EU leaders did not lead to a protracted fall in prices, the markets remain optimistic about the likely conclusion of the UK's agreement with the EU.

The only notable economic release in the UK this week will be the publication of the final estimate of economic growth in the second quarter of this year. However, it is very likely that the data will not be revised compared to preliminary estimates. UK GDP growth remains modest, especially against other major economies. The Bank of England kept the average growth forecast for the country's economy for the next year at 0.4% per quarter. The conclusion of a trade agreement with the EU can adjust this forecast in the direction of strengthening.

In our forecast for Thursday we expect further growth of the quotations of the pound/dollar pair to the resistance levels of 1.3190, 1.3210 and 1.3130.

Gold prices decreased during yesterday's trading and fell to the support level of 1195 dollars per troy ounce.

The main event for the currency and commodity markets was yesterday's meeting of the Fed. As expected, the U.S. regulator raised the interest rate by 0.25 basis points, and the most close attention was focused on the press conference of the head of the Federal Reserve Jerome Powell. Powell did not let down the waiting, making several notable statements. In particular, the head of the Fed said that the regulator will slow down or stop raising rates if financial markets decline or economic growth slows. These are the concerns expressed by many analysts against the background of the development of the trade confrontation between the United States and China. Skeptics about the further progress of the American economy have always been enough, and the trade wave increases their number exponentially. Powell's statement was seen as a recognition of a possible change in monetary policy, but the Fed chief quickly neutralized concerns, saying that the imposition of duties could push companies to raise prices, which could lead to higher inflation. In this case, the Fed will be forced to continue its policy of raising rates, which will eventually negatively affect the gold quotes. According to the results of the meeting, the price of gold has decreased, which may be the beginning of a new downtrend in the near future.

In our forecast for Thursday we expect a further decline in gold quotations to support levels of 1192, 1190 and 1185 dollars per troy ounce.

WTI crude oil prices fell during the trading session on Wednesday and reached the level of 71.65 dollars per barrel.

Global oil prices fell on Wednesday after data from the Energy Information Administration on the growth of U.S. crude inventories last week, which occurred against the background of seasonal decline in activity in the refining sector. U.S. commercial inventories rose 1.9 million barrels, or 0.5 percent. Analysts had expected inventories to fall by 1.28 million barrels. Their production of refineries decreased by 901,000 barrels per day, due to seasonal factors.

According to Bloomberg, India stops importing Iranian oil in November this year due to U.S. sanctions. India's largest oil companies have not yet ordered a single cargo of oil from Iran with delivery in November. India is the second largest buyer of Iranian oil, accounting for up to 27% of Iran's total oil exports. Earlier, South Korea, Japan and a number of European countries refused to purchase raw materials from Iran. The main exporter for Iran remains China, which has not yet officially announced its plans to stop Iranian supplies. U.S. sanctions on Iran's refining sector remain a major contributor to the oil market.

In our forecast for today we expect the growth of WTI crude oil quotations to resistance levels of 71.80, 72.00, 72.25 dollars per barrel.

Cryptocurrency assets strengthened on Wednesday with different levels of activity. Bitcoin rose to $6,500 and ethereum reached $220. The leader of growth again was XRP, which added more than 18% and reached the level of 0.54 dollars.

The American company LedgerX, which became the first platform to receive the approval of the U.S. Commodity Futures Trading Commission for the production of cryptocurrency derivatives, is preparing to launch similar products based on ethereum.

LedgerX released derivatives of digital currencies in October 2017, two months ahead of the cryptocurrency futures contracts CBOE and CME. Currently, the firm offers one-day futures and options through which traders can buy the right to purchase or sell the asset at a fixed price in the future. Similar products LedgerX will launch for ethereum.

According to the newspaper, such options will allow traders to open trades for the sale of ethereum, as a result of which there will be a so-called bilateral market. According to analysts, the appearance of derivatives based on ethereum can lead to a short-term drop in the price of cryptocurrency. For example, some studies have shown a link between the current decline in the digital asset market and the launch of the first regulated bitcoin futures.

Developers of the cryptocurrency Monero eliminated a bug that could allow attackers to burn funds on the wallets of organizations, while sacrificing only a modest amount in the form of transaction allotments. The bug was revealed by a hypothetical attack scenario described by a member of the Monero community. In early August, due to a critical bug in the Monero code that allows you to manipulate transaction amounts, the Livecoin crypto exchange suffered losses in excess of $1.8 million.