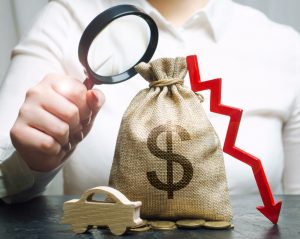 Fitch has made changes to its forecast for gross domestic product growth in China and the eurozone in 2019-2020. It now expects Chinese GDP to grow by 6.1% by the end of this year. And next year the growth of the indicator will slow to 5.7%. In June, the projected growth rate was 6.2% and 6%, respectively. The main reason for the deterioration of the forecast was the conflict in trade relations between China and the United States. The Agency notes that the weakening of the growth of the Chinese economy is having a negative impact on the European economy. In this regard, the agency downgraded the forecast for the growth rate of the eurozone economy in the next two years to 1.1%. Previously, it was expected that in 2019 European GDP will increase by 1.2%. And next year its growth will accelerate to 1.3%. Fitch warned that if a "hard" Brexit scenario was implemented, those forecasts could be overstated. The forecast for U.S. economic growth in 2019-2020 was also lowered from 2.4% and 1.8% to 2.3% and 1.7%.

U.S. oil production remains at record high, according to Reuters analysts British pound under pressure due to uncertainty around Brexit – Forex
Scroll to top