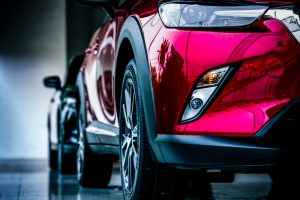 U.S. automaker Ford Motor reported a more than doubling its third-quarter net profit compared to a year ago. The figure was fixed at $425 million. Adjusted earnings of 34 cents per share, however, were higher than economists' forecast of 26 cents. Meanwhile, sales growth in North America and good quarterly results of the credit division supported a 7.5% increase in operating profit to $1.8 billion. Revenue at the end of the reporting period was $36.99 billion, down 2% for the year, but above the market forecast of $36.87 billion. The automaker said competition in the North American truck and SUV market has become fiercer. Among the negative factors, he also pointed to the increase in the cost of warranty services and weak performance in China. As a result, the company lowered its 2019 operating profit forecast to $6.5 billion to $7 billion. The previous forecast was between $7 billion and $7.5 billion.