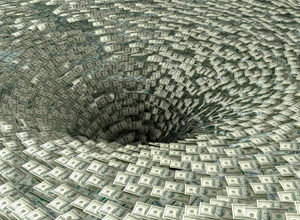 Last week brought little surprise with regard to the indicators of the Eurozone. Economic growth in the region was 1.7% in the third quarter, which fully coincided with preliminary results. GDP growth was lower in 2014. Separately, we can note the decline in the rate of economic growth of Germany, which is almost a third of the European GDP. During the reporting period, the German economy declined by 0.2%, which led to a reduction in annualgrowth to 1.1%. Throughout 2018, the economy of the Eurozone is steadily declining. Rainbow forecasts for the beginning of the year were replaced by much more cautious.

The eurozone's domestic political problems also have a significant impact on GDP growth. In Germany, the crisis of change of power is flaring up, Angela Merkel's party is already losing ground in some key regions. The conflict with the definition of the budget deficit for the next year in Italy has already led to a sharp increase in the profitability of state-owned Italian securities. Italy's economy is slowing down, and forecasts for the coming years are pessimistic. The UK's exit from the European Union has an equally negative impact on both sides. Brexit will lead to a budget deficit of the EU, which will be difficult to reduce in the current conditions.

Given the growth of the U.S. economy and expectations of several more interest rate hikes in the U.S. in the next six months, we can confidently assume that any growth of the euro/dollar pair will be temporary and can be used to open purchases for sale.

The British currency fell again against the US last week, the quotes of the pound/dollar pair reached the mark of 1.2828 at the end of trading.

At the end of the session on Thursday, the pound fell by 1.6% against the dollar, which was the record value since December 2016. During the day, the rate fell to 1.2749 and stopped less than 1% from the new low for the last year and a half.

The brexit situation remains unresolved. Despite the fact that almost daily information is published that the final version of the deal is practically agreed, the option of leaving the UK from the European Union without any agreement is increasingly real.

In addition, internal political confrontations have escalated in the UK, which led to a sharp fall in the pound last week. On Thursday, three ministers who disagreed with plans to leave the European Union left their posts, one of them was The Minister for Brexit Dominic Raab. Politicians resigned after the government approved a Brexit exit plan at a Cabinet meeting, which Theresa May has been preparing for more than a year.

Approval of May's plan does not mean serious progress in The Brexit negotiations. Members of may's Conservative Party gather votes for a vote of no confidence. A vote of no confidence in Theresa May could take place as early as next Tuesday. According to some reports, all 48 letters of no confidence in May needed to trigger the vote could be received by the beginning of the week. If the Prime Minister loses his post, then the chances of a deal with the European Union will come close to zero, which will lead to an even sharper fall in the British currency.

UK retail sales growth fell to 2.2 per cent in October, the worst result since the start of the year. The high uncertainty associated with Brexit has a negative impact on both business and consumer activity. The result is a global decline in the British economy, which is projected to continue throughout 2019. Inflation growth in the UK is also declining. The basic consumer price index has already fallen below the 2% level, which is a key benchmark for the Bank of England. Uncertainty of further tightening of monetary policy by the British regulator also remains high against the background of the absence of an agreement on Brexit.

In trading, the price of gold fell below the key support level of 1200 dollars per ounce, but could not gain a foothold at this mark and adjusted upwards. Gold is again in the range of 1200 – 1250 dollars, where it will remain until the December meeting of the Fed, at which with a probability of 80% the U.S. regulator will raise the interest rate for the fourth time this year. U.S. economic growth in the fourth quarter is expected to be 2.6%, which is quite high, especially against the rest of the world's largest economies. Recent negative indicators of industrial output and capacity utilization have been offset by positive retail sales data.

The rise in gold prices to weekly highs occurred against the background of political uncertainty in the UK and the escalation of tensions between the US and China. Prime Minister Theresa May's draft Brexit deal has triggered a string of resignations in the UK government.

A spokesman for the U.S. trade representative said there would be no delay in imposing sanctions on China, which heincreased concerns about the trade war. Remarkably, the scathing statement came just after The Chinese authorities first said they were ready to make some concessions to the demands of the administration of U.S. President Donald Trump. Beijing sent a written response to U.S. demands for sweeping foreign trade reforms. The move is expected to help intensify negotiations to end a long-running trade war between the world's two leading economies. At the same time, the negotiations will take a long time, and it is unlikely that the U.S. and China will reach an agreement at the G-20 summit in early December.

Meanwhile, most analysts maintain their forecasts of gold price growth next year. The recent correction of the stock market is seen as a harbinger of a more serious systemic crisis in the U.S. economy, which will lead to a sharp increase in demand for gold. Even the most conservative forecasts suggest gold will rise to the resistance level of $1,300 per ounce by the end of next year. At the same time, if the Fed follows its planned tightening rate of monetary policy and raises the interest rate twice more in the first half of next year, then the price of gold will continue to remain under pressure, which may correct the final Predictions.

WTI crude oil prices continued to decline significantly at the beginning of last week and reached the lowest level since the end of last year at $54.76 per barrel. In the second half of the week, the price of oil rose slightly and eventually reached the level of 56.44 dollars.

As a result, oil prices recorded the sixth consecutive week of decline. The U.S. Energy Information Administration reported inventory growth for the eighth week in a row, with an increase of 10.3 million barrels. In addition, the volume of raw materials production in the United States has again grown to a record level.

Talk of production cuts from leading exporters provided some support for oil prices in the second half of the week. Traders hope that OPEC will start to reduce oil production amid signs of oversupply on the world market. United Arab Emirates Energy Minister Suheil al-Mazroui said OPEC and its allies are ready to cut or adjust oil production if necessary to balance the market. In addition, Al-Mazroui said that OPEC is not guided by oil prices, but by the level of raw materials reserves and the current fundamentals of the oil market are adequate and do not justify the fall in fuel prices.

The Ministerial Committee for monitoring the OPEC deal at an extraordinary meeting on November 11 concluded that in 2019 the oil market may show a surplus of supply, but decided to wait with the decision to reduce oil production before the meeting in December to understand how the buyers of Iranian oil, to whom the U.S. has given relief from sanctions, will behave. OPEC countries expect a possible reduction in production in 2019 in the range of one to one and a half million barrels per day. The final size of the reduction will depend on the starting point agreed upon by the parties to the agreement. A final decision is expected to be made in early December at an OPEC meeting in Vienna. One option discussed at a meeting in Abu Dhabi over the weekend was a 1.4 million barrel per day reduction in raw material production.

Cryptocurrency assets fell sharply again in the middle of last week and only a few of them managed to win back losses by the end of the trading session. Bitcoin fell to $5,650 and Ethereum fell to $175. The XRP price managed to compensate for the losses and ended the trading week with an increase at 0.5160 dollars.

The main event of the week was a hard fork of one of the largest cryptocurrencies Bitcoin Cash. On November 15, the Bitcoin Cash blockchain was officially divided into two separate networks and two competing cryptocurrencies. The iteration of the protocol, which directly opposes the updates implemented with the support of the long-dominating implementation of the Bitcoin ABC project, was called Bitcoin SV. Despite the fact that many were waiting for the so-called "hash war", at the moment the two chains are extracting blocks in their own networks, and the threats of firewall sabotage, expressed earlier by supporters of Bitcoin SV, have not been implemented.

Predictably, the existence of two Bitcoin Cash chains left many questions, most notably whether one network would fall under the onslaught of the other. Immediately after the hard fork, the price of Bitcoin Cash fell sharply, but by the end of the week recovered. The recovery was prompted by the support of Asian investors, who expect that after the hard fork the total value of the cryptocurrencies Bitcoin ABC and Bitcoin SV will be higher than the current price of BCH.

After falling along with other cryptocurrencies, XRP added more than 2% in the second half of the week and reached the mark of 0.5220 at the peak of the trading session. XRP is again approaching the second position of the rating by total market capitalization. The reason for the support of traders was the news that the largest Japanese financial holding Mitsubishi UFJ Financial Group will use XRP in its new international payment service in Brazil. Also influenced was the transfer to the federal level of litigation, in which Ripple proves to the U.S. government that its cryptocurrency is not a securities. Last week, the company made significant strides in distributing and implementing its products in Asia's financial sector. At the international economic summit, Ripple representatives announced plans to further expand the Middle East and open an office in Dubai. Financial institutions in Saudi Arabia, Kuwait, Bahrain and Oman already use XRP in international payments and are testing fintech products for their development. The company also recently announced a partnership with Banco Santander to use XRP as a base asset for the new mobile app of Spain's largest financial and credit group.