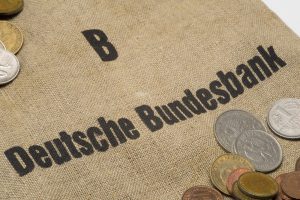 The European Central Bank decided to introduce a negative rate in 2014. Germany's banks lose almost 2 billion 400 million euros annually. But recently, some of them have started to shift rates for their customers in the negative zone. For example, Berliner Volksbank set a deposit rate of minus 0.5%. This decision applies only to customers who have a deposit of at least 100,000 euros. Earlier, more than 30 banks in the country switched to the negative rate. However, the two largest banks in Germany Deutsche Bank and Commerzbank do not change interest on deposits for their customers. The results of the survey conducted by Investors Marketing showed that every second resident of the country is ready to go to another bank if a negative rate is offered. Residents of Germany keep almost 40% of their funds in banks. This is the highest rate among the eurozone countries.

Annual inflation in the eurozone slowed in September to 0.9% – Forex Boris Johnson has no intention of resigning as Prime Minister even
Scroll to top