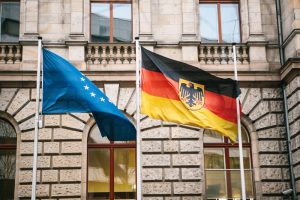 The German Ministry of Economy confirmed that the economy will be in recession at the end of the third quarter. However, it is technical in nature. The probability of a serious slowdown in GDP growth is very low. The negative processes that have been observed in the German economy recently are mainly related to the expectations of Brexit and trade problems in relations between the UNITED States and China. Germany's economy is export-oriented and therefore influenced by problems in world trade. However, the decline in the export-producing sector is largely offset by positive developments in the construction and services sectors. According to the government's forecast, Germany will end this year with a 0.5% increase in gross domestic product. Next year the economy is expected to accelerate to 1.5%. Germany's major institutions have revised their forecasts downwards. Now they believe that in 2019 the country's economy will grow by 0.5%, and by 2020 – by 1.1%.