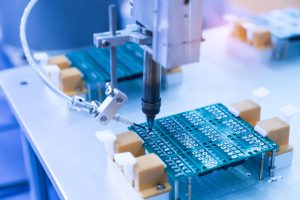 According to a report by the SIA Semiconductor Industry Association, $34.2 billion worth of microprocessors were sold worldwide in August. In annual terms, the figure fell by 15.9%. It has been declining for eight months. Relative to the previous month, sales increased by 2.5%. Monthly growth has been recorded by the Association for two months in a row, which is the first time in about 12 months. North and South America reduced chip sales by 28.8% compared to the same month last year. Europe fell by 8.6%. The decline in Japan was at 11.5%. Sales in China fell by 15.7% and in the Asia-Pacific region by 9.2%. In monthly terms, all regions, except Europe, showed an increase in sales of microprocessors. Europe's index fell by 0.8%. World Semiconductor Trade Statistics expects chip sales to fall by 12.1% this year. In 2020, they are expected to grow by 5.4%.